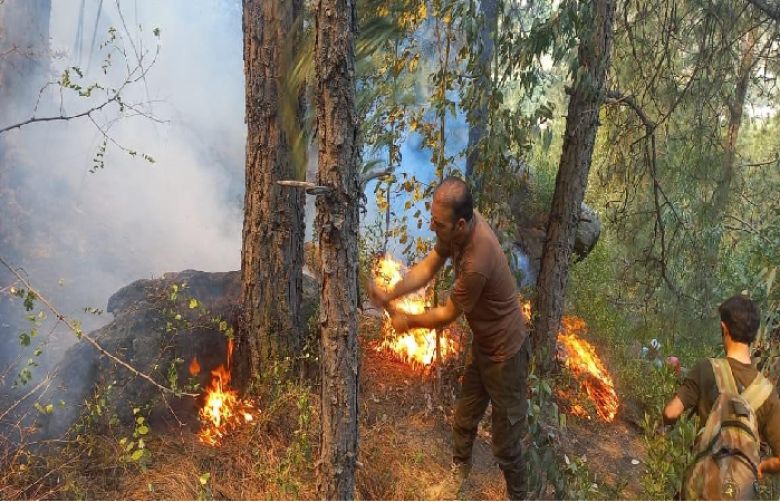 The request was made in an attempt to prevent the fire from spreading - a risk that runs high due to dry weather and strong winds.

The premier is reported to have issued instructions to extinguish the fire at once after approving the request of the district administration and subsidiaries of Khyber-Pakhtunkhwa (K-P).

The district administration, forest department and rescue 1122 are putting out fires in Patnai Mingora area of ​​Babuzai Tehsil.

In an earlier statement, authorities said fires had broken out in four different places in the mountains of Swat, adding that the incidents were increasing day by day due to the negligence of the departments concerned.

Yesterday, at least four people of a family had lost their lives in a wildfire that erupted in the remote area of Ali Jaan Kapraai in Chakesar tehsil of Shangla district, K-P.

he incidents of forest fire have also increased in the mountains of Swat, Buner, Mingora, Shangla and Chakesar.