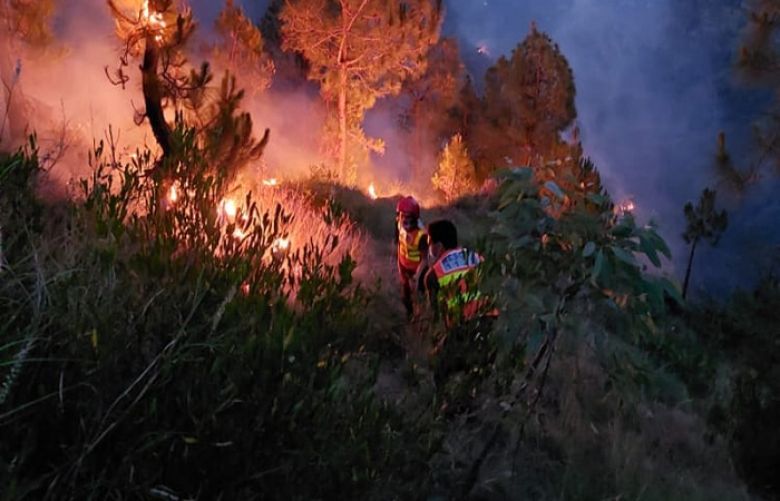 Four of a family were killed as a result of a wildfire in the remote area of Ali Jaan Kaparai in Shangla district's Chakesar tehsil, Khyber Pakhtunkhwa on Saturday, officials said.

According to Assistant Sub-Inspector Masood Khan, the deceased include three women and a child.

Footage of the blaze shows grass and trees ablaze, with volunteers trying to prevent it from spreading.

District disaster management authority spokesperson Inamullah Khan told media that a Rescue 1122 team and revenue department staff had reached the area to douse the fire while more teams were on the way.

"Forest, revenue and rescue staff are making efforts to extinguish the fire," he said.

The spokesperson said the fire had erupted in some bushes and spread to engulf a larger area.

He added that the bodies of the victims were taken to the basic health unit in Chakesar's Gunangar area.

The DC said they had been instructed to control the fire as soon as possible.

However, he added: "The area where the wildfire has erupted is located at a high altitude and is not easily accessible as there is no [proper] route. People have to walk to reach there and that hinders rescue work and controlling the fire."