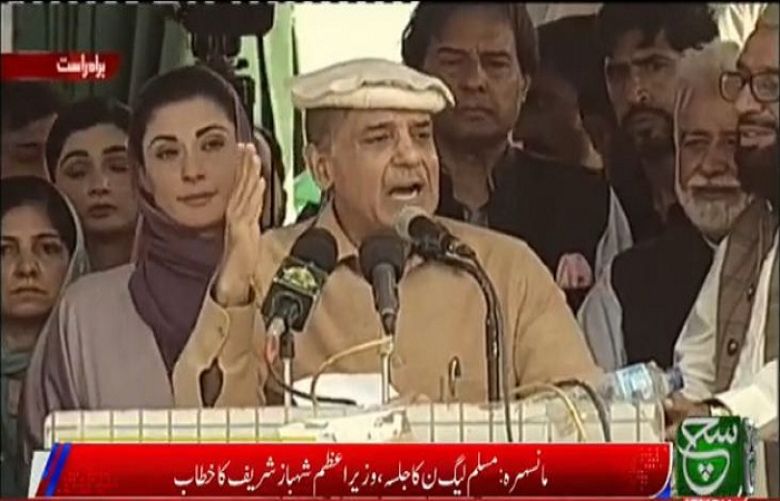 Prime Minister Shehbaz Sharif said Saturday the burden of foreign debts on Pakistan is such that it could not be paid off by generations to come.

"[Ex-premier] Imran Khan's government took such hefty amount of loans that our generations might not be able to pay them," the prime minister told a public gathering in Manshera.

The prime minister held the public gathering in Mansehra two days after he addressed the nation following the massive hike in the price of petroleum products.

The prime minister said his government was forced to increase the rates of petroleum products as the previous regime had left "emptied" the national exchequer.

PM Shehbaz acknowledged the "pain" of the people due to the rising inflation but blamed the PTI-led government for the issue and said his team would work to reduce it.

Lashing out at Khan, the prime minister said he did not deliver on his promise of five million homes during his tenure. "But we have, to cushion the inflation's effect on people, have announced a subsidy package."

"If I get a chance, I will turn Khyber Pakhtunkhwa into Punjab," he vowed, giving an ultimatum to KP CM Mahmood Khan to reduce the price of wheat in the province.

The prime minister termed himself as the "servant of Pakistan" and labelled Khan as a "miscreant" — in a reference to this week's riots in Islamabad and across the country, which saw the deaths of three people, including a policeman.

"I will fight till the end for people's prosperity," he added.

Talking about Balochistan's local government polls, the premier said they were conducted in a peaceful manner throughout. "The voter turnout was 30%-35%."

PM Shehbaz said the people of Balochistan had now started believing in the province.