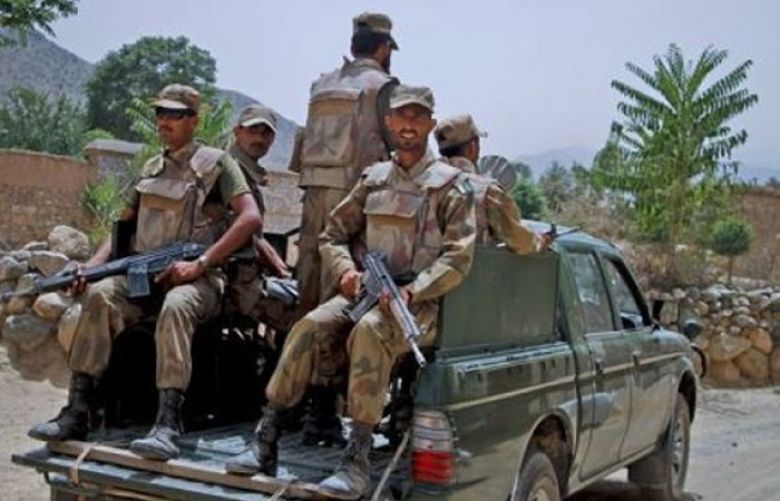 Two most wanted terrorists were killed by security forces in Boya, North Waziristan during an operation, the Inter-Services Public Relations (ISPR) said Tuesday.

The men were identified as commander Rasheed alias Jabir and Abdul Salam alias Chamtoo by the military's media wing. They were killed during an exchange of fire with security forces.

The ISPR, in a statement, said that on the night of May 16-17, these two “most wanted” terrorists involved in terrorist activities in the Boya area were killed.

According to the ISPR, weapons and ammunition were also seized.

The military’s media wing said the security personnel were martyred when a suicide bomber blew himself up in the Miran Shah area of North Waziristan.

Three children were also martyred in the explosion, said the ISPR.

The intelligence agencies had launched an investigation to identify the suicide bomber and trace his handler and facilitators, said the military’s media wing in a statement.