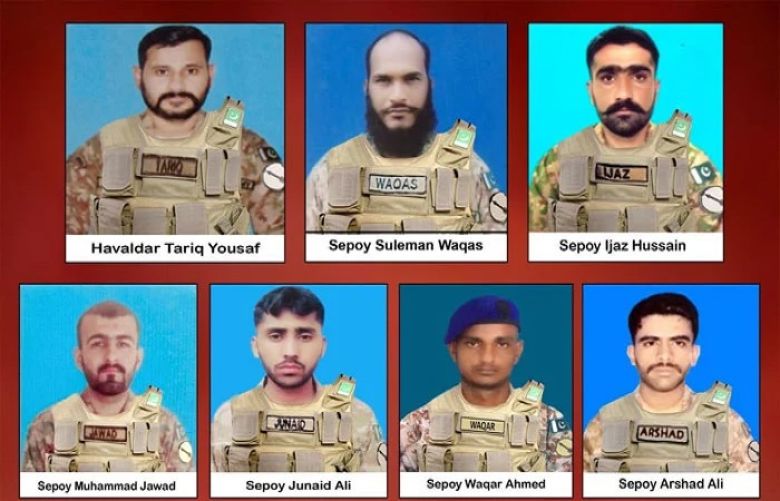 Seven soldiers embraced martyrdom, while four terrorists were gunned down after they attacked a military convoy near the Pakistan-Afghan border on Thursday.

According to a statement released by the Inter-Services Public Relations (ISPR), the terrorists had ambushed the military convoy near the Pakistan-Afghan border in the general area of Isham in North Waziristan District.

“Troops initiated a prompt response, effectively engaged and killed four terrorists. However, during an intense exchange of fire, seven soldiers embraced martyrdom,” the ISPR said in the statement.

The military’s media wing identified the martyred soldiers as:

The ISPR further said that a clearance operation is underway in the area to eliminate any terrorists.

“Pakistan Army is determined to eliminate the menace of terrorism and such sacrifices of our brave soldiers further strengthen our resolve,” the statement added.