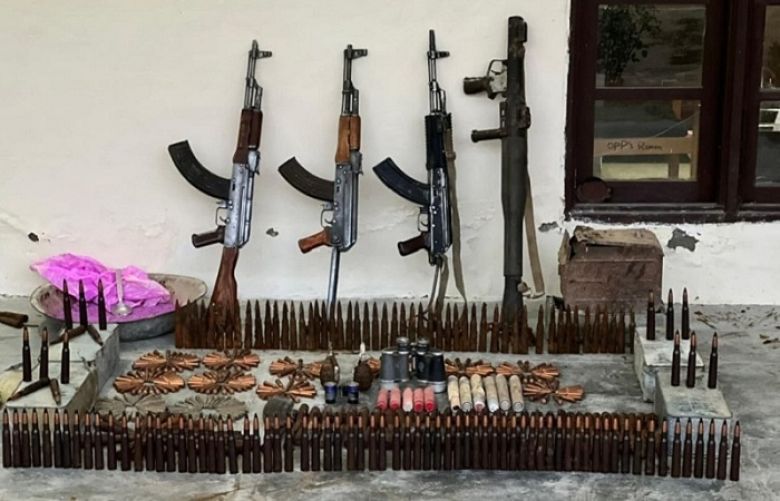 Security forces conducted an intelligence-based operation (IBO) in the Sarwakai area of South Waziristan district and recovered a huge cache of weapons, the military's media wing said in a statement on Sunday.

According to Inter-Services Public Relations (ISPR), the forces conducted the IBO on the reported presence of terrorists in the area.

"During the search of the area, a large number of weapons, ammunition and improvised explosive device preparation material was recovered from the hideout," the ISPR said.

The weapons and ammunition recovered from the hideout include submachine guns, RPG-7, hand grenades and a large quantity of ammunition of multiple calibres, the statement added.

The security forces had a week ago conducted an IBO in Miranshah, North Waziristan in which one terrorist was killed while two others were apprehended.

"Weapons and ammunition [were] also recovered from [the] terrorists," the ISPR had said.

Ansari had said there had been security issues in North and South Waziristan tribal districts but the police had acted swiftly to enforce the writ of the state.