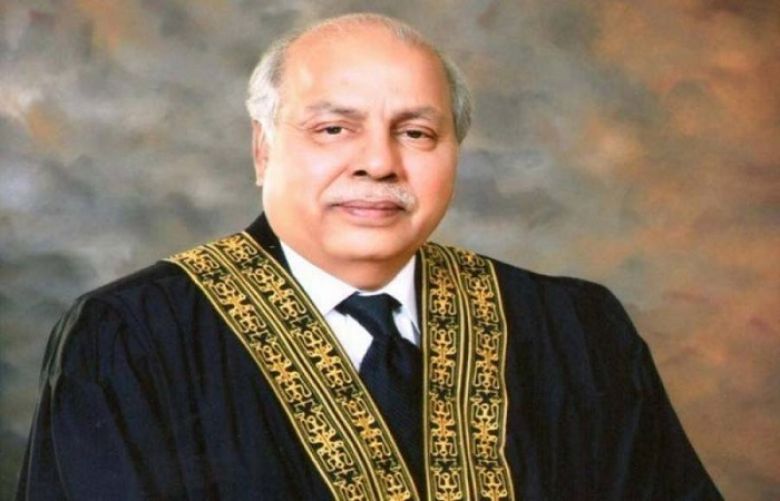 Chief Justice of Pakistan (CJP) Justice Gulzar Ahmed on Tuesday criticised the Khyber Pakhtunkhwa government, saying that no work has been done in the government health sector in the province.

"Where are the billions of rupees of the KP government going?" he asked as a three-member bench headed by the CJP heard a case regarding rising cases of breast cancer.

The country's senior-most judge said there are no X-ray machines or oxygen systems available in government hospitals in KP.

"Ineligible people were hired on recommendations from top to bottom in KP hospitals," the CJP remarked.

During the hearing, the Advocate General told Justice Gulzar that the KP government has started issuing health cards to its citizens so that they can avail various health facilities.

Additionally, he stated that every registered citizen will be given a treatment facility of up to Rs1 million.

In response to the Advocate General's statement, the chief justice said, "You must have allocated Rs5 to 6 billion so that people can make money out of it."

Speaking about Balochistan, Justice Jamal Khan Mandokhel said that no open heart surgery has been performed in Balochistan till date.

"Where does the health budget of Balochistan go?"

The case hearing of the case was subsequently adjourned for a week.