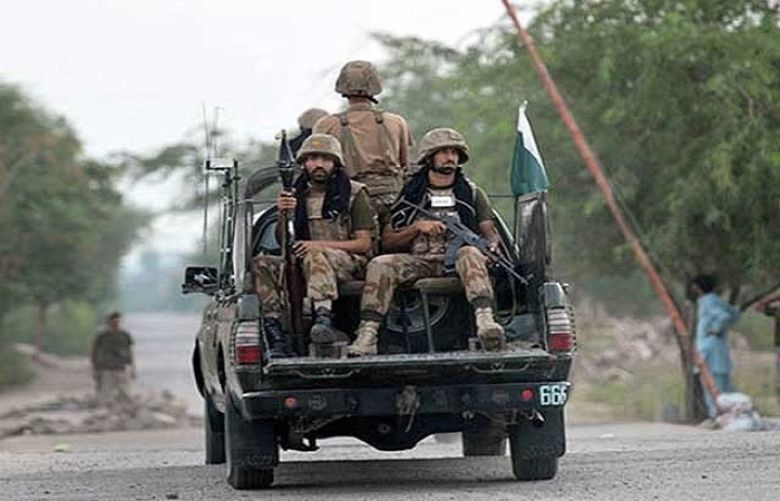 A soldier was martyred in North Waziristan's Shewa area after terrorists targeted a checkpost, a statement from the Inter-Services Public Relations (ISPR) said Saturday.

The military's media wing, in a statement, said terrorists fired at a military post.

According to the ISPR, the troops responded promptly and "effectively engaged the terrorists' location". During an exchange of fire, Naik Noor Merjan, who was 32 years old, embraced shahadat (martyrdom).

"Clearance of the area is being carried out to eliminate any terrorists found in the area," the statement read.

In October, a security forces personnel was martyred in North Waziristan's Ghariuom after terrorists targeted a check-post.

According to the ISPR, during an exchange of fire, sepoy Muhammad Amir Iqbal, who was 30 years old, embraced shahadat (martyrdom).