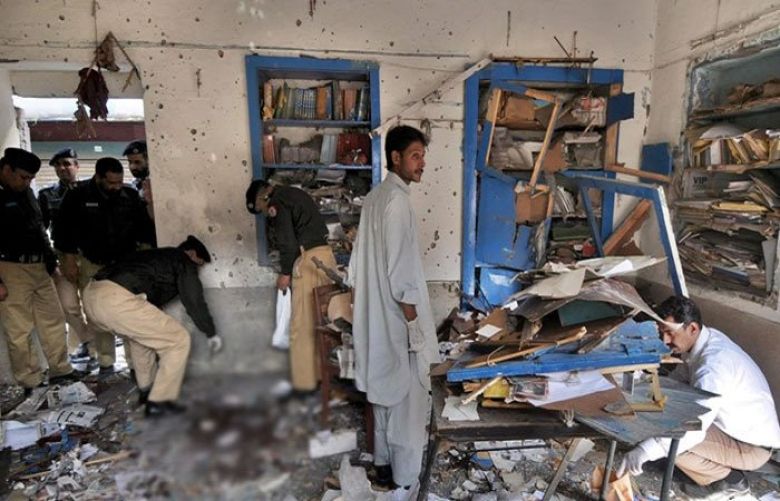 At least two police personnel were martyred in an explosion in Bajaur's Khar Tehsil on Saturday, said a local police official.

According to DPO Abdul Samad Khan, security forces cordoned off the area and launched a search operation after the incident.

The martyred personnel were identified as Constable Abdul Hayan and Constable Siraj. The bodies were shifted to a local hospital for medico-legal formalities.

Immediate investigation of the incident has been ordered by the authorities concerned.
Earlier in October, at least one police official was martyred and 13 others were injured in an IED attack on a police vehicle parked at the gate of Balochistan University in Quetta.

Security forces reached the incident site and established a cordon around the area while an emergency was declared at the local Civil Hospital.

Balochistan government spokesperson Liaquat Shahwani confirmed that a motorcycle fitted with an IED was used in the attack and four citizens were also injured in the attack.