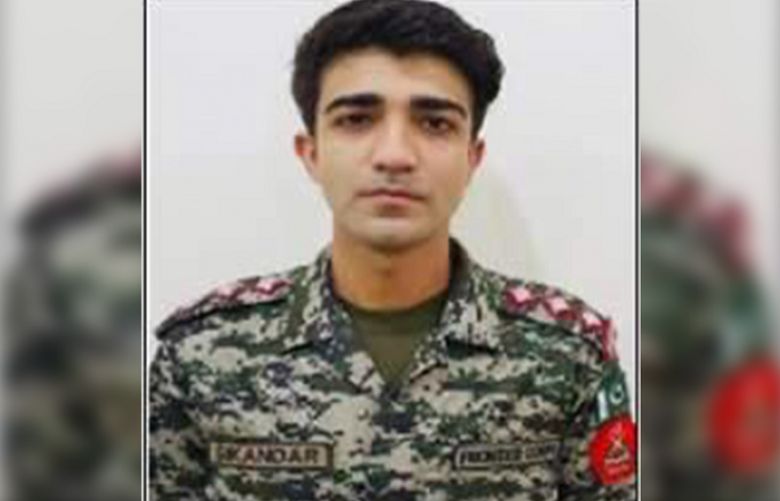 In a statement, the military's media affairs wing said that security forces conducted an operation after receiving information about the presence of terrorists in the area.

During the exchange of fire, Captain Sikander — who was 27-years-old and hailed from Pakpattan — was martyred, the statement said.

On Tuesday, security forces killed 10 terrorists in a similar operation in the South Waziristan tribal district.

The ISPR said security forces conducted the operation after receiving information that terrorists were present at a hideout in the area.

During intense exchange of fire, 10 terrorists, including four commanders, were killed, it said, adding that weapons and a large quantity of ammunition were also recovered.

"All the killed terrorists remained actively involved in planting IEDs (improvised explosive devices), conducting fire raids, and target killing of innocent civilians. These terrorists were planning to conduct more acts of terrorism inside the South Waziristan district," the statement had said.

In a separate incident that occurred the same day, a Frontier Corps (FC) soldier was martyred and another injured after terrorists targeted a check post from across the Iran border.

In a statement, the ISPR had said that terrorists had targeted the FC check post in the Chukab area of Balochistan from across the Pakistan-Iran border using small arms. As a result, Sepoy Maqbool Shah was martyred while another soldier was injured, it added.

The statement further said that Iranian authorities had been informed of the incident.