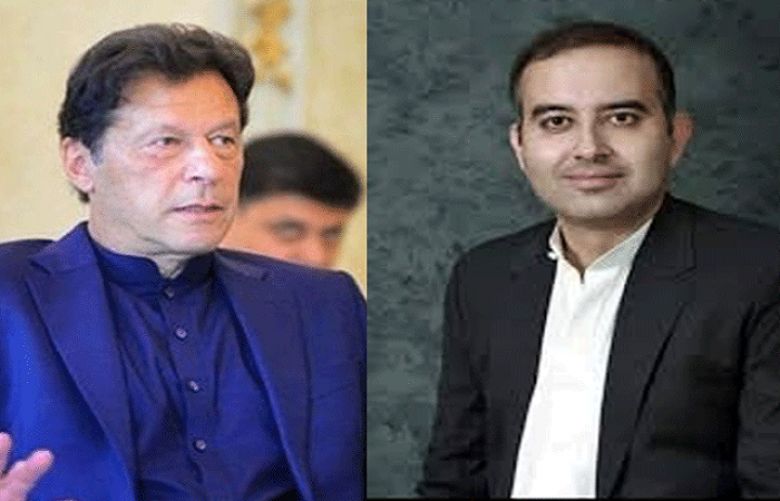 Khyber Pakhtunkhwa Chief Minister Mahmood Khan on Tuesday said he had asked law minister Sultan Khan to resign from his post and "clear his name" after his "alleged appearance in a video" leaked on social media.

"We will, as per vision of PM, uphold highest standards of accountability & transparency in this province," the chief minister wrote on Twitter.

The statement from Khan comes hours after a video appeared on social media, showing some parliamentarians sitting before and counting stacks of cash reportedly before the Senate elections in 2018.

Earlier in the day, federal Minister for Planning, Development and Special Initiatives Asad Umar in a press conference referred to the same video to stress the need for reforms in the Senate election process.

"The video is from 2018 before the Senate elections. Some MPAs from KP are taking money to sell their vote. This is not recent news. We have been hearing for the last 20-30 years that Senate elections are sold, consciences are sold but it is heart-rending for any person who has a conscience [to see this]."

Some time later, Prime Minister Imran Khan also tweeted about the contents of the video, saying "We are determined to stop this cycle of corruption & money laundering that is debilitating the nation."

Elaborating on the reasoning behind the government's steps to end the system of selling and buying votes, including a presidential reference, a constitutional amendment bill, and an ordinance, Umar said:

"It is necessary for people sitting in parliament to have respect in society and that people believe [the parliamentarians] have the right to do legislation. Some people from there also form part of the cabinet and take big decisions for the people."

He pointed out that parties in the Pakistan Democratic Movement (PDM) had also given statements regarding what happens in Senate elections. He said that keeping in mind the "bakra mandi of MPAs and MNAs", opposition parties (PPP and PML-N) had "decided in the Charter of Democracy that Senate elections would be transparent and the system of vote selling and buying would be ended".

The signatures of former prime ministers Benazir Bhutto and Nawaz Sharif were on that charter, he added.

Umar said other leaders from the opposition such as PML-N's Ahsan Iqbal had previously said that the next Senate elections would be transparent. "PDM had a huge grievance and it was repeated again and again.

"However, when the time came for implementation, and to change their stance into reality, the opposition started claiming it was a big plot," he said.

"Unfortunately in our country, and we have seen this in other countries as well, that crime, politics and democracy become interlinked."

The planning minister added that when people 'bought their way into the Senate', they also needed to earn that money back. For such people who were part of the assemblies from 2018 to 2023, Umar said, and had "no shame in selling their consciences", it was a good opportunity since they had to vote in two Senate elections.

Umar claimed that "rates are also being set for this election", saying that the government's constitutional amendment bill only sought to ensure that the number of Senators from each party was equal to their numbers in the assemblies.

"The association with black money, the use of money to get elected and then to use that influence to make more money, [this constitutional amendment is] an effective weapon against that," he said, adding that "if this is a game, then the government has many weapons."

Responding to criticism from the opposition that the government did not have the numbers to get the bill passed, he reminded them of what had happened during voting for the Financial Action Task Force-related legislation last year when the opposition "could not fill their members".

After the Senate elections in 2018, the PTI had "expelled 20 MPAs without thinking whether their government would remain after this or not" on allegations of selling their votes, Umar said.

"PTI has come to power with the mandate that we will conduct fair elections using whatever Constitutional power we have. That is why we took the bill to the National Assembly and you saw what happened," he said, alleging that protests against it were because "the earnings of politicians sitting in the assemblies is about to be stopped if Senate elections are held transparently.

"The rates of crores of rupees that are being set and people are drooling at earning after selling their conscience. [This is] why are they protesting."

Talking about the filing of a presidential reference to seek the Supreme Court's opinion on open ballot in Senate elections, Umar said the time for the polls was nearing and the SC had not yet given a decision, which is why the government decided to issue an ordinance but the top court would have the final say.

"Interpreting the Constitution is the Supreme Court's domain. Whatever decision they take will be final [...] and acceptable to us."

Responding to a question, Umar said that MPAs and MNAs were "free to cast their votes for whoever they wanted", adding that the Constitution did not stop them from doing so.

"But if there is a basis for casting the vote [against your own party] that is unethical, we are talking about ending that."

When asked why the government had not tabled the bill sooner, Umar said the PTI had been in talks with PML-N as far back as 2014 but the incumbent government at the time had shelved the agreement on electoral reforms.

"When we sat with them in December [2020], we told them, 'let's talk about what is needed' but they said give us an NRO (National Reconciliation Ordinance) otherwise we will not discuss this."

The ordinance could "not be rejected by the opposition's statements, he said, adding that the government had 120 days to get it passed through the parliament.