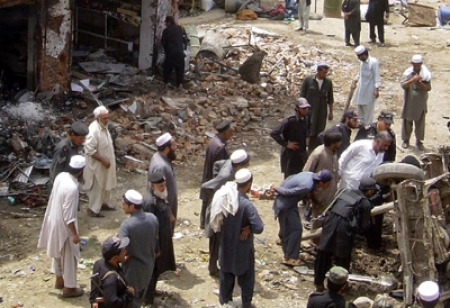 The suicide bomber riding a motorcycle rammed his bike into the car of peace lashkar chief.

Six people including the chief of peace lashkar have been killed in a suicide attack in Buner on Saturday. According to media reports, the suicide bomber riding a motorbike targeted the vehicle of peace lashkar chief Fatah Muhammad outside his office in Dagar area of Buner. Fatah Muhammad and six other people died on spot whose bodies have been shifted to nearby hospital. Soon after the blast, the law enforcement agencies cordoned off the site and stared search operation.