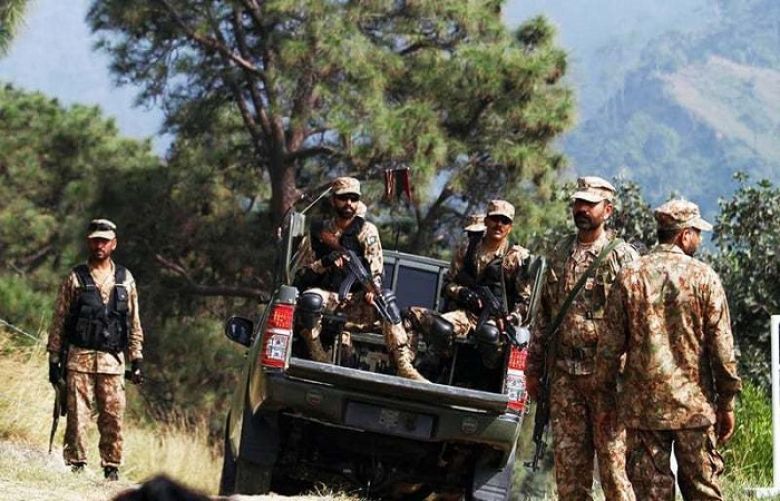 Two terrorists were killed and one injured in an intelligence-based operation (IBO)conducted by the security forces in Nargosa area of South Waziristan, the Inter-Services Public Relations (ISPR) said on Monday.

"Security forces conducted an IBO in Nargosa area of South Waziristan district," said the military's media wing. "During intense fire, two terrorists, Usman Ali and Waheed Lashtai, were killed and one got injured and apprehended."

ISPR said the killed terrorists were active members of the Tehreek-e-Taliban Pakistan (TTP) Sajna group and were experts in making improvised explosive devices (IED) as well as terrorist trainers and motivators.

"[They] were involved in the attack on security forces on October 14, 2020 in which Captain Umer Cheema and two junior commissioned officers (JCOs) and three soldiers embraced shahadat while four [were] inured."

An uptick in terror incidents across the country has been witnessed in the past few months.

On October 15, 2020, the ISPR said seven Frontier Corps and seven security guards were martyred in an encounter with a large number of terrorists on the Coastal Highway near Ormara when a convoy of OGDCL was being escorted from Gwadar to Karachi.

Earlier this month, three Pakistan Army soldiers were martyred in an exchange of fire with terrorists in North Waziristan after security forces carried two separate IBOs on militant hideouts.