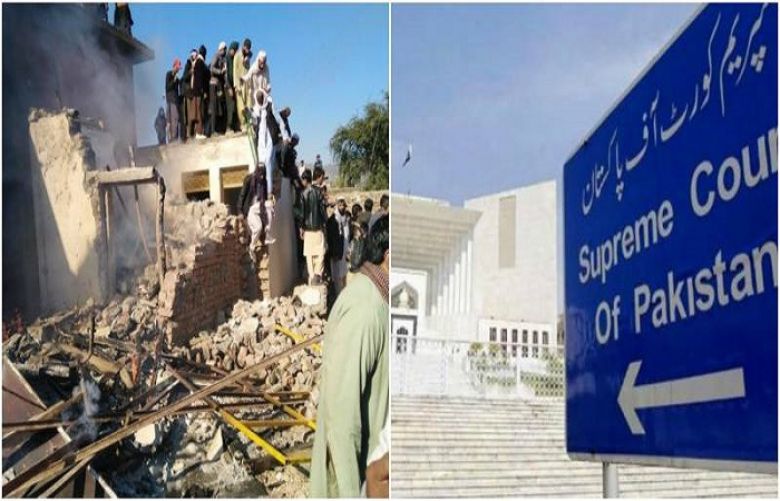 Chief Justice of Pakistan (CJP) on Thursday took notice of a tragic incident of vandalism at the shrine of a Hindu saint in Khyber Pakhtunkhwa’s (KP) Karak district.

Dr. Ramesh Kumar, MNA and Patron in Chief Pakistan Hindu Council, called on the chief justice at the Supreme Court’s Karachi registry and raised the issue of “desecration/burning of shrine of Hindu saint Shri Paramhans Ji Maharaj” by a mob in Karak on Wednesday, according to a statement issued by the SC.

CJP Ahmed showed grave concern over the tragic incident and informed the member of Parliament that he has already taken cognizance of the matter and has fixed it before a bench for hearing on Jan 5 (Tuesday).

The country’s top adjudicator issued directions to the one-man commission on minorities rights, KPK chief secretary and IGP to visit the site of the shrine and submit a report on Monday.

According to reports, a mob set on fire the shrine of the Hindu saint and demolished several of its parts in Teri area of Karak.