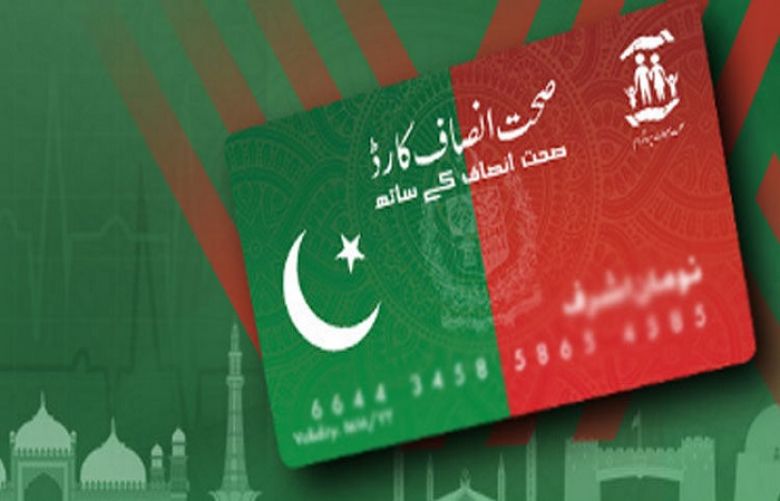 The PTI on Wednesday clarified that the citizens do not need to register for the Sehat Sahulat Programme and only a valid CNIC is required to get benefit from the health insurance scheme.

"All KP citizens with a valid CNIC will be automatically registered in the Sehat Sahulat Program, free of any charges," the ruling party said in a Tweet three days ahead of the launch.

The PTI also announced that the CNIC will become the Sehat Card Plus+ for residents of KP after the programme is officially launched in four phases from Friday onwards.

Prime Minister Imran Khan had on August 20 launch the scheme under which each family is eligible to receive health coverage of Rs1 million.

Under the first phase, the project will be launched in KP's Upper Dir, Lower Dir, Malakand, Swat, Upper Chitral and Lower Chitral districts.

According to report, under the second phase, the programme would be extended to Abbottabad, Mansehra, Battagram, Torghar and Kohistan districts by November 2020.

In the third phase, it would be extended to Haripur, Swabi, Mardan, Buner, Nowshera, Charsadda and Peshawar by November 2020.

Under the fourth phase of the plan, the programme would be extended to Kohat, Hangu, Karak, Bannu, Lakki Marwat, Dera Ismail Khan and Tank by January 1, 2021.