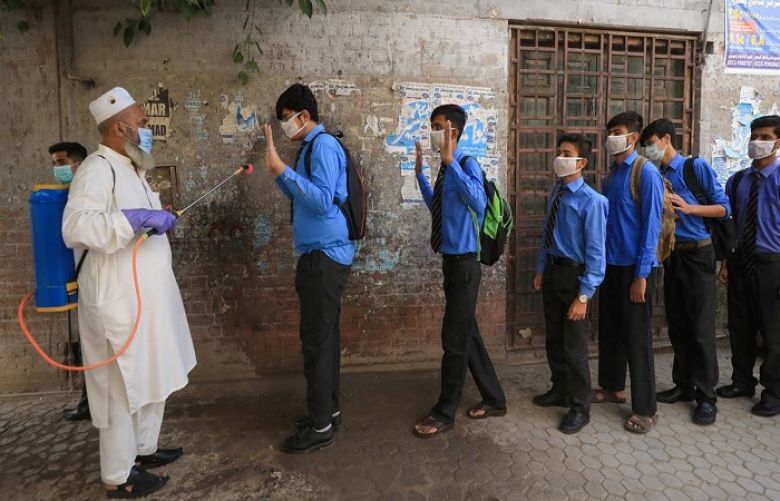 As many as 41,886 tests were conducted in the provincial educational institutions to detect the deadly virus, out of which 34,738 remained negative.

The report further stated that Khyber Pakhtunkhwa has reported as many as 57 new COVID-19 cases in past 24 hours. The overall number of infections in the province currently stands at 38,521.

The deadly virus claimed a life in the past one day, surging the overall death toll to 1,265.

Meanwhile, the coronavirus claimed seven more lives in Pakistan over the previous 24 hours, pushing the death toll from the deadly disease to 6,621.

As many as 659 new Covid-19 positive cases emerged after 33,901 samples were tested during this period, according to the National Command and Operation Centre (NCOC).

The total number of infections reported so far in the country has soared to 321,877.