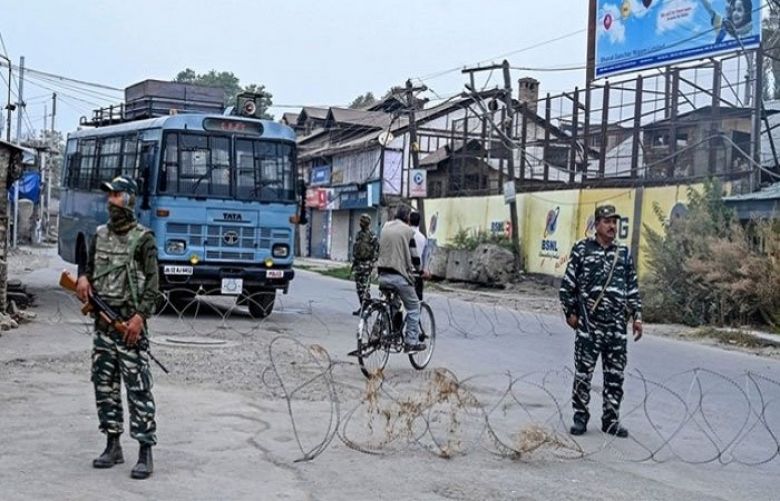 Under mounting international pressure, India on Monday restored mobile phone networks in Indian-occupied Kashmir after a 72-day blackout but the internet remains off-limits to the region's seven million-plus people.

India cut access to mobile networks in the restive Kashmir Valley in early August citing security concerns as it scrapped the region's semi-autonomous status and imposed a lock-down.

The easing on Monday covers around four million post-paid mobile phone contracts, but only for calls and text messages. The internet is still unavailable both on cellphone and fixed line networks.

Landlines were restored previously, although residents say connections are erratic.

The stripping of Kashmir's special status on August 5 also saw New Delhi send in tens of thousands of extra troops to what even before was one of the world's most heavily militarised zones.

Several thousand ordinary Kashmiris were also detained, including children as young as nine, with freedom fighters and security forces clashing at regular rallies. Most have since been released.

Mohammad Akbar, a businessman, told AFP in the main city Srinagar that he was pleased that mobile phones were working again, but had harsh words for the government of Prime Minister Narendra Modi.

"Mobile phones are a commercial service that we pay for, not a favour," he said. "They slash our basic rights and then ease things as favours and call it normalcy."

Having mobile phones "is something completely normal in most countries. But here in Kashmir it is a big deal," said law student Mashouq.

"And it can be taken away at any time."

Tens of thousands of people, most of them civilians, have died since 1989 in an aim to fight against oppression from the Indian government.