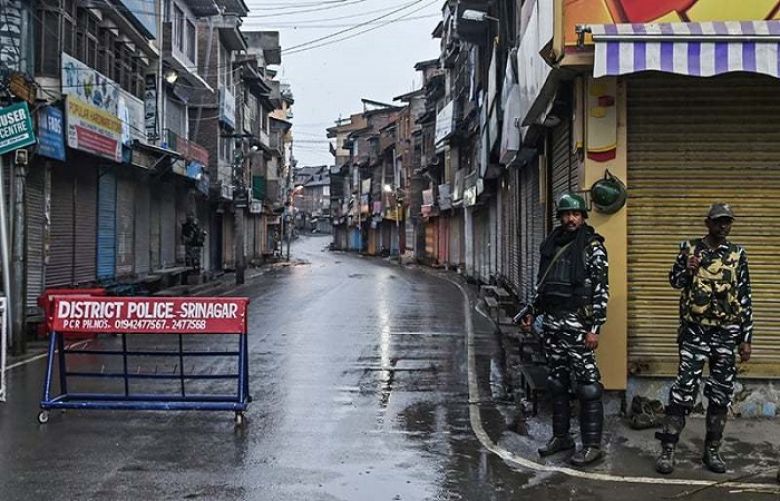 Human rights group Amnesty International has launched a petition on its website, urging people to raise their voice against the government-imposed communications blackout in India-occupied Kashmir, that has been in place for over a month.

“Nearly 8 million people have been living through a communication shutdown since August 5,” the human rights organisation stated on its website.

“The world needs to know what’s happening,” it said and urged people to "take action and demand that the government let Kashmir speak.”

Occupied Kashmir has been under a strict lockdown and communications blackout since last month, before the Indian government repealed Article 370 of the constitution, stripping the region of its special status on August 5. The move has allowed citizens of India to acquire property in occupied Kashmir and settle there permanently.

The statement released by Amnesty International pointed out that there had been multiple reports of raids, arrests, clashes and detentions in occupied Kashmir, and said that the “world can only speculate on what grave human rights violations might be taking place [there] right now".

“There have been reports of political leaders being detained or being kept under house arrest,” the organisation said.

“Access to emergency services, education and health care is being affected.”

Amnesty International urged the Indian government to “put humanity first and let the people of Kashmir speak". It also demanded “unconditional and unconstrained access to news and information from the valley".

On Saturday, Prime Minister Imran Khan had also urged the international community to play their due role in resolving the Kashmir issue and warned them that the dispute — which he said has become a "flashpoint" between India and Pakistan — carries the potential of turning into a nuclear war and impacting the entire world.