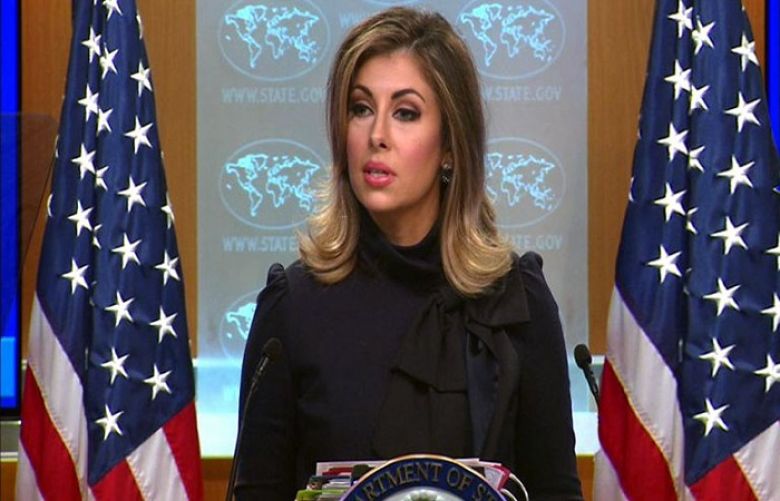 The United States has expressed concern about reports of detentions and restrictions imposed in Indian Occupied Kashmir.

Speaking to media in Washington, State Department spokesperson Morgan Ortagus said the United States is watching the situation in Jammu and Kashmir closely.

The spokesperson said Washington continues to call for calm and restraint, including on rhetoric.

She said the United States encourages solving issues between Pakistan and India through dialogue, adding that Washington is concerned about the forced detention and curfew in the Indian occupied Kashmir.

Ortagus said the human rights of Kashmiris should be respected in the occupied valley while underscoring the need to maintain peace and stability along the Line of Control.

The statement from the State Department comes after US President Donald Trump met with Indian Prime Minister Narendra Modi on the sidelines of the G7 summit earlier this week in France.

During the meeting, Trump raised the issue of occupied Kashmir with Modi, expressing hope that something positive would come out of talks between Pakistan and India.

“We spoke last night on Kashmir, the prime minister [Modi] feels like he has it under control. They speak with Pakistan and I am sure that they will be able to do something that will be very good,” Trump told reporters.

Modi said issues between New Delhi and Islamabad were bilateral. “All issues between India and Pakistan are bilateral, which is why we don’t bother any other country regarding them… I am confident that we can discuss our problems and solve them together.”