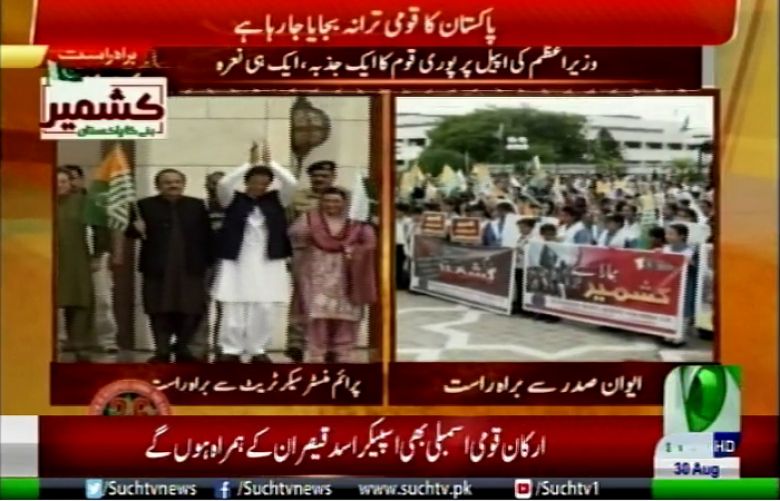 After Prime Minister Imran Khan in his address to the nation on Monday – announced that an event will be held every week till September 27 to show solidarity with the Kashmiri people.

President House and Prime Minister's Secretariat to express solidarity with the oppressed people of India-occupied Jammu and Kashmir.

Ministers, MNAs, officials, public servants, students of schools, colleges and universities and people from various walks of life have gathered outside the two executive offices, waving both Pakistani and Kashmiri flags.

Kashmir Solidarity Hour is being held from 12:00 to 12:30 hours, in which sirens are being sounded all across the country and national anthems of Pakistan and Azad Jammu and Kashmir are being played.

During national anthems, all the people and vehicles came to a standstill.

The Prime Minister and Chief Ministers along with all the parliamentarians are leading the nation by coming in front of their respective Secretariats and office buildings whereas the people remain out of their offices, houses, markets and malls, and gathered in the nearby streets all over the country.

After Juma prayers, special prayers for the people of Kashmir would be offered.