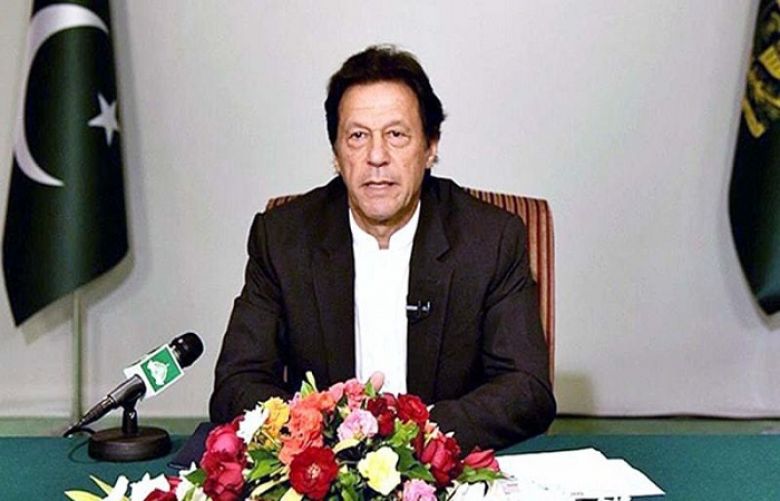 Prime Minister Imran Khan wants all Pakistanis to come out on Friday from 12pm until 12:30pm to show solidarity with Kashmiri people.

During his televised address to the nation, Prime Minister Imran Khan had announced that weekly events would take place to express solidarity with Kashmiris.
In a series of tweets on Thursday, Prime Minister Imran Khan said Pakistanis needed to send a message that we were against Indian fascist oppression, the inhumane 24-day curfew, the daily injuring and killing of Kashmiri civilians including women and children, all parts of the Modi government’s agenda of ethnic cleansing and illegal annexation of Indian occupied Kashmir.

He added that the plan to change the demography of Indian occupied Kashmir was a war crime under the Fourth Geneva Convention.

“We must send a strong message to Kashmiris that our nation stands resolutely behind them. So I am asking all Pakistanis for half an hour tomorrow stop whatever you are doing and & come out on the road to show solidarity with the Kashmiri people.”