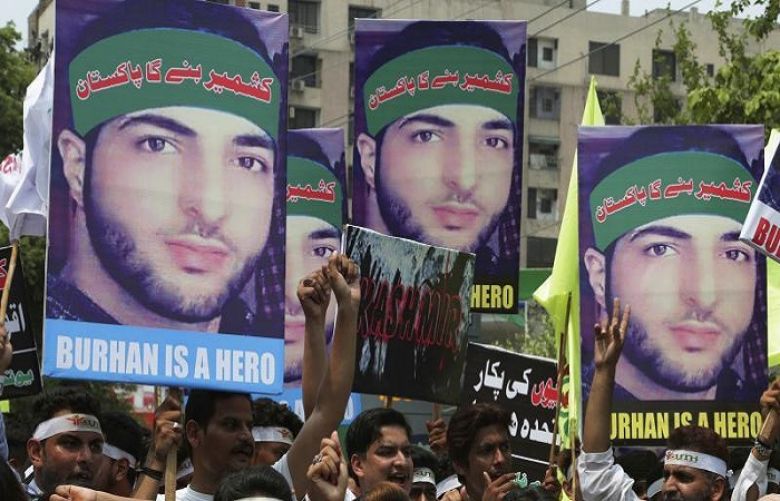 According to Kashmir Media Service, the shutdown is also aimed at paying tributes to Wani’s associates and other martyrs of 2016 mass uprising.

Call for the strike has been given by the Joint Resistance Leadership.

Burhan Wani was martyred by Indian troops in a fake encounter in Kokernag area of Islamabad district on July 08, 2016.

Meanwhile, thousands of posters have surfaced in every nook and corner of the valley asking people to ‘March Towards Tral’, tomorrow.

The posters carrying pictures of Burhan Wani have been published by ‘Warseen-e-Shuhada’.

These posters have been displayed at all important places including highways and streets in Srinagar, Budgam, Ganderbal, Kulgam and Islamabad districts.

The Indian authorities arrested two youth on the charge of pasting posters in Batamaloo area of Srinagar.

Senior APHC leader and Tehreek-e-Hurriyat Jammu and Kashmir Chairman, Muhammad Ashraf Sehrai in a statement issued in Srinagar, today, paid tributes to Burhan Wani and other martyrs. He said Burhan’s death infused a new spirit in the struggle for freedom.

He said the people of Kashmir are committed to take their movement to its logical conclusion.