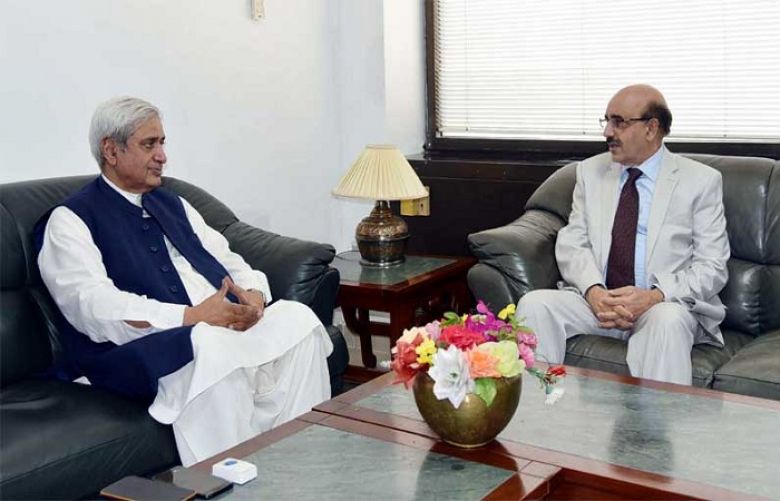 AJK President, Sardar Masood Khan has called upon Special Parliamentary Committee on Kashmir to evolve an effective strategy to project Kashmir issue at international level by leveraging the strength of the diaspora community.

He was expressing his views during the first meeting of the Committee held with its Chairman Syed Fakhar Imam in the chair in Islamabad.

President Masood said the diaspora community can play a crucial role by reaching out to the UN and other influential forums, including the UK and the European Parliaments.

He said the international community must come together for the resolution of the Kashmir issue, which has become a flashpoint between the two nuclear powers of the region.

The Members of the committee took a very keen interest in the proceedings and made several suggestions and recommendations.

They pointed out that the reports prepared and issued by the UN Human Rights Commission, UK Parliamentary Kashmir Group, and the European Parliament’s Human Rights Committee may be discussed in the forthcoming meetings of the committee to formulate a comprehensive strategy for a future plan of action.

The Committee expressed solidarity with the Kashmiri people and said that coercion, violence and atrocities can never dampen the spirit of Kashmiri people for their right to self- determination.