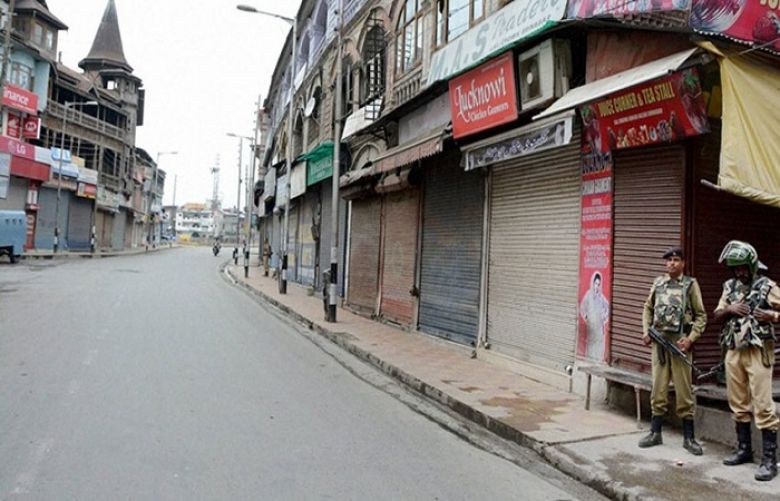 In occupied Kashmir, Indian authorities have imposed curfew in Nowhatta area of Srinagar and stringent restrictions in other parts of city, today (Friday) to prevent people from staging demonstrations against injuring of detainees at Srinagar Central Jail by Indian forces’ personnel.

According to KMS, protests erupted in the Central Jail last evening after the word about shifting of some inmates to the prisons outside the Kashmir valley spread.

Indian police and troops fired pellets and teargas shells on the protesting detainees, injuring several of them. Three barracks and a building suffered damages amid a number of blasts inside the jail.

Meanwhile, India’s infamous National Investigation Agency has issued a third notice to Mirwaiz Umar Farooq in a fake case, asking him to appear at its New Delhi headquarters on Monday for questioning.

The Mirwaiz had refused to travel to New Delhi on earlier two occasions, citing threat to his life due to the charged anti-Kashmiri atmosphere in India following the Pulwama incident.

In a statement, Chairman of Jammu and Kashmir Freedom Movement, Muhammad Sharif Sartaj said that the loss of precious lives and properties along the Line of Control in Azad Jammu and Kashmir due to the Indian troops’ unprovoked firing was condemnable.