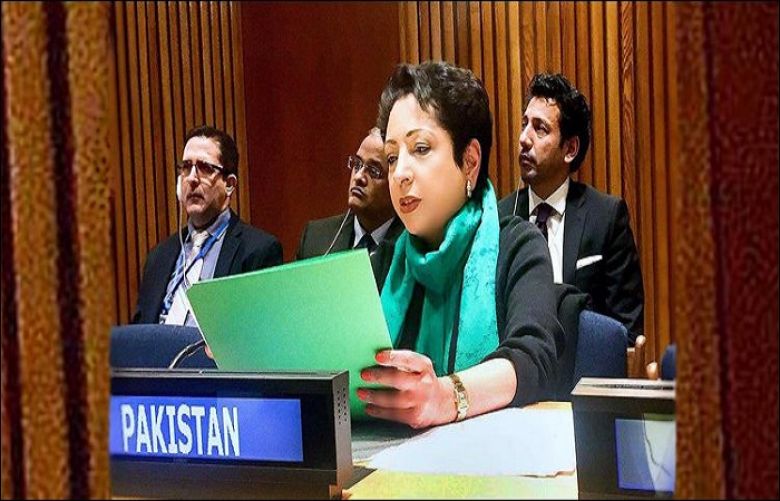 Pakistan pointed to the lack of implementation of Security Council resolutions on occupied Jammu and Kashmir as an example of the 15-member body’s inability to fulfill its responsibility.

Speaking in the General Assembly’s intergovernmental negotiations on Security Council reform, Pakistan’s Ambassador at the United Nations (UN), Maleeha Lodhi, said this was another compelling reason for reform of the world body.

“Solemn promises have been broken, on not one, but several resolutions on Kashmir, and undertakings reneged on”, she said in her comprehensive statement in the two-day session that began on Thursday.

Urging reform of the Council’s working methods, Ambassador Lodhi said that such moves should be aimed at enhancing the transparency, openness and inclusive decision making in the functioning of the body.

“It goes without saying”, Ambassador Lodhi stressed, “that the majority of member states attribute the non-transparency and exclusive nature of working and decision-making of the Council to its permanent members.

Referring to Pakistan’s experience, having served seven times as a non-permanent member of the Security Council, she said that elected members had done more to reinvigorate the working methods of the world body.

Therefore an expansion in the Council in the permanent category could imperil those gains.

Stressing that the ideal of a more transparent and open Council should not be mortgaged to the narrow interests of a few countries, Ambassador Lodhi maintained that aspirants for permanent status in the Council will necessarily fail to prioritize collective good over individual interest.

“We know only too well that Permanent members of the Council jealously guard their domain. There is no reason to believe that that any new permanent members would act otherwise”, she added.

“We, therefore, need to increase, not diminish, the ratio of non-permanent to permanent members”, she stressed.

She underscored that the best way to ensure a responsible and accountable Council would be to strengthen the role and authority of the General Assembly in determining its representation in the Council.

“If elections and accountability are fundamental to our governments, parliaments, regional and international bodies and multilateral institutions”, she asked, “why should the Security Council be an exception to this?

Ambassador Lodhi emphasized that so called ‘quick fix’ solutions that aim to address substantive issues of Security Council reform without finding common ground would be counter-productive. “The reform process is too important to be reduced to procedural short cuts”, she said.

Pakistan, Ambassador Lodhi reiterated, would continue to seek a comprehensive reform of the Security Council to turn into more democratic, representative, accountable, transparent and efficient body.