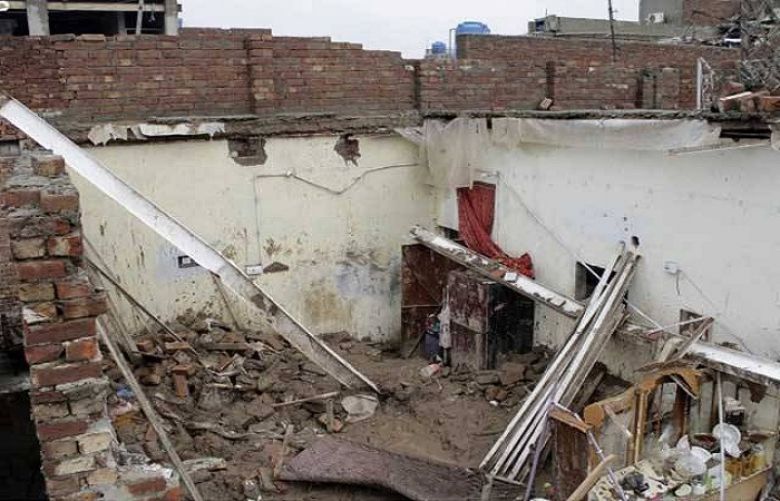 At least three members of a family were killed while two others suffered wounds when the roof of a house caved in Mirpur city of Azad Jammu and Kashmir.

According to police, the roof collapse incident took place in Mujahid Town of the city.

The deceased included three siblings, aged between three and thirteen years, while those injured were their parents.

Upon being informed of the incident, the residents of the area reached the site and began rescue operation, pulling the family members from under the debris.

The deceased and injured were moved to a nearby medical facility.