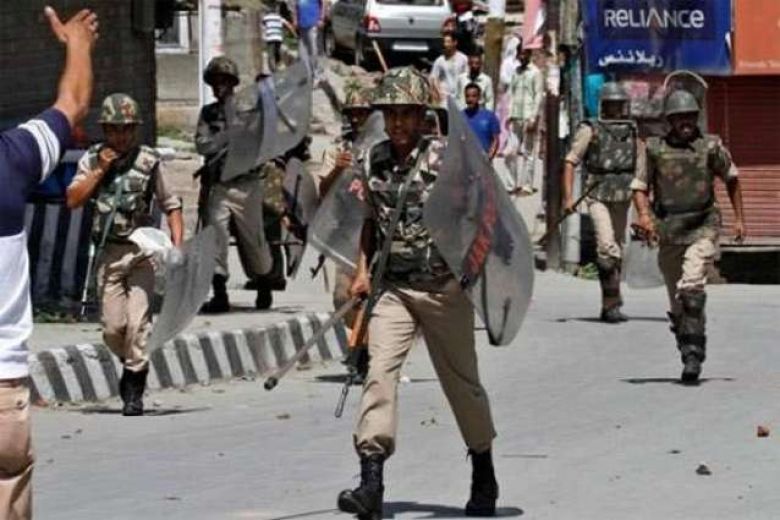 A complete shutdown is being observed today (Friday) in Indian Occupied Kashmir (IoK), to condemn India’s deception with the State Subject Law Article 35-A, ban on Jamaat-e-Islami and arrest of Muhammad Yasin Malik and other Hurriyat leaders under draconian Public Safety Act.

According to Kashmir Media Service, call for shutdown has been given by the Joint Resistance Leadership of the held valley.

Peaceful protests would be held across the valley today after Juma prayers.

The authorities continued crackdown on the Jamaat-e-Islami (JI) on Sunday (March 3) as residences of dozens of party activists were raided and offices and other buildings of the organisation were sealed by the Indian authorities.

District magistrates of the majority of the districts in the valley ordered sealing all institutions and properties linked to the JI.

Police said they only assisted the magistrates in sealing the properties.