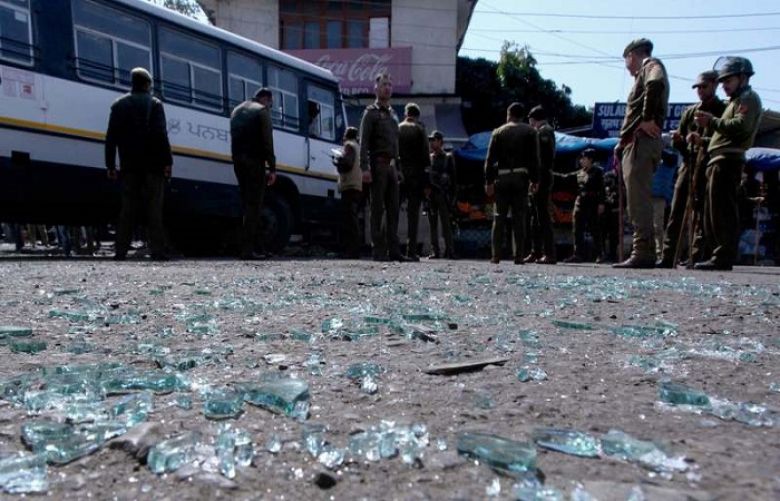 Twenty eight people were injured on Thursday when a grenade exploded at a bus stop in the city of Jammu in Indian-occupied Kashmir, police said.

"It seems that the grenade was lobbed from outside (the premises) and it rolled under the bus and caused injuries to approximately 28 people," police official MK Sinha told journalists.

The blast comes amid heightened tensions between India and Pakistan after over 40 Indian troops were killed on February 14 in Pulwama.

"A grenade was hurled by an unidentified person which exploded under a bus in the main terminal. Four people are critical," a second police officer told AFP.

"The bus was about to leave to Pathankot city in Punjab."

India piled the blame for Pulwama bombing on Pakistan without presenting any proof. The allegations were strongly refuted by Pakistan.

In response, India said it carried out on February 26 air strikes on what it called a militant training camp at Balakot inside Pakistan.

The Indian government was quick to take credit for a “successful" airstrike and put the death toll to over 300. Pakistani officials, as well as the locals, rejected the claims, inviting local and international media to visit the site of the so-called attack where around a dozen trees were the only “casualty”.

The Pakistan Air Force, in retaliatory action, downed two Indian aircraft the next day, capturing Indian Wing Commander Abhinandan who was then released as a peace gesture by Pakistan.