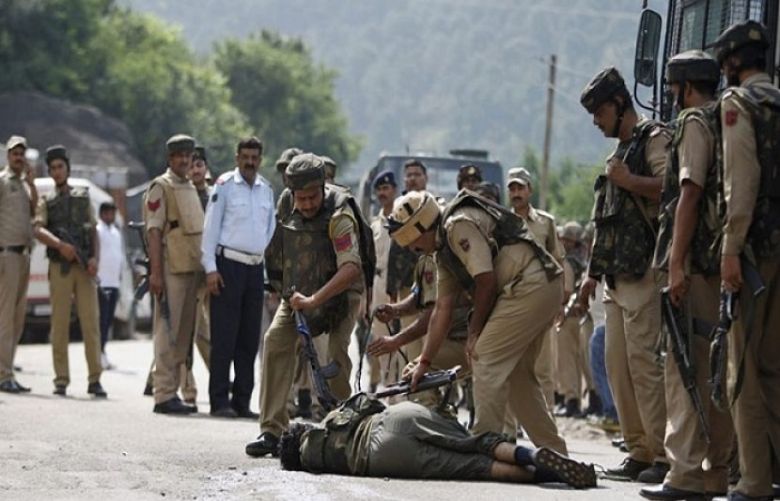 The Indian troops on Thursday martyred another youth in Hindwara district of the occupied Kashmir, reported Kashmir Media Service on Thursday.

The Youth was martyred during a so-called search operation in the Hindwara district of the held valley.

Meanwhile, the puppet administration of the occupied Kashmir has suspended internet and cellular services and imposed a curfew, to counter any retaliation from the Kashmiris.

On the other hand, Mushaal Hussein Mullick, the wife of Jammu and Kashmir Liberation Front (JKLF) Yaseen Mullick has strongly denounced the Indian state of terrorism in the valley.

She urged the international community to take notice of the Indian atrocities and stop genocide of Kashmiris.