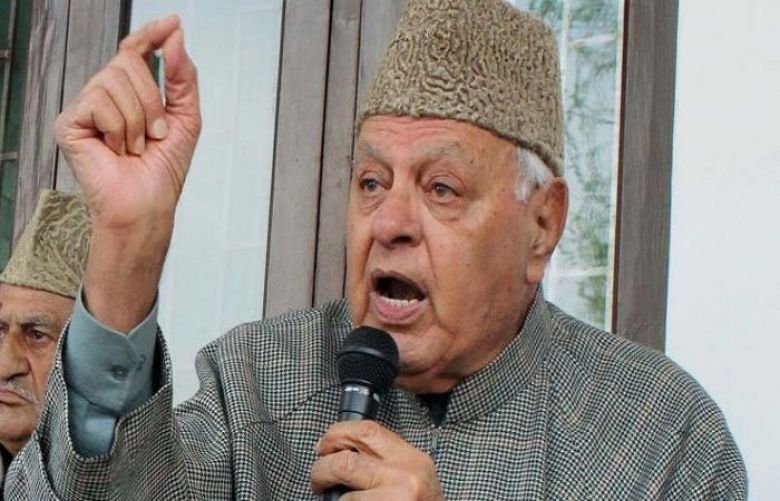 The former chief minister of Indian-occupied Kashmir (IoK) has thrown his support behind Shahid Afridi, backing the former Pakistan cricketer in his condemnation of Indian atrocities in the occupied valley.

Asked about his opinion on Afridi’s tweet on Kashmir, Farooq Abdullah said that those killed by Indian security forces in the occupied valley were innocent Kashmiris.

"Everyone has condemned the killings. The killings must stop. They are killing innocents," the former minister was quoted as saying by the Indian media.

"For peace, it's important to talk to Pakistan," he added.

Afridi drew the ire of stars and cricketers across the border when he tweeted condemnation of the recent clampdown by Indian forces on civilians in occupied Kashmir.

Urging the United Nations to intervene to stop the bloodshed, the former Pakistan captain recently tweeted, “Appalling and worrisome situation ongoing in the Indian Occupied Kashmir.

Innocents being shot down by oppressive regime to clamp voice of self-determination and independence. Wonder where is the UN & other international bodies and why aren't they making efforts to stop this bloodshed?”

His tweet sparked massive outrage in India, with Indian cricketer Gautam Gambhir criticising him on Twitter saying he was "celebrating a dismissal off a no- ball!!!"

But Afridi’s fans and Director-General Inter Services Public Relations (ISPR) Major General Asif Ghafoor rallied behind the cricketer. From his personal Twitter account, the DG ISPR shared a video of an earlier match in which Afridi led Pakistan to victory against India by hitting two consecutive sixes.