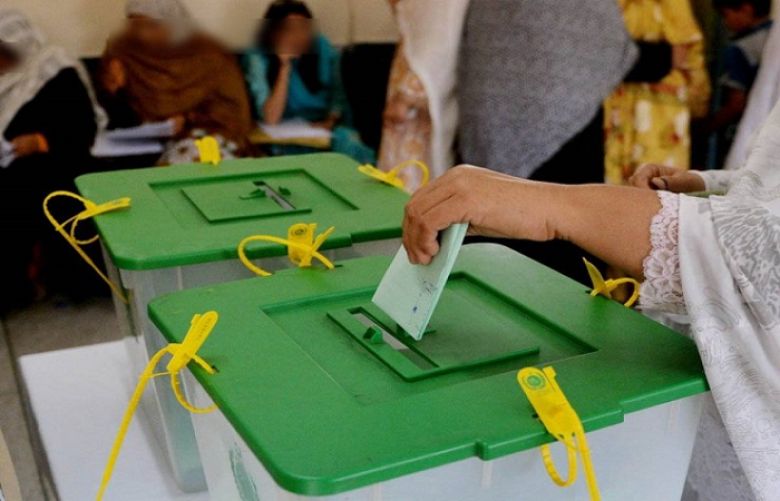 In Azad Kashmir, polling for the 3rd and last phase of Local Bodies elections in three districts of Mirpur Division including Mirpur, Kotli and Bhimbher is being held on Thursday.

The polling process which has been started at 08:00 in the morning will continue till 05:00 pm.

The polling is being held in three districts of Mirpur Division including Mirpur, Kotli and Bhimbher.

In first phase, the PTI took the lead over its opponents, the PML-N and PPP, by winning the 33 district council seats.