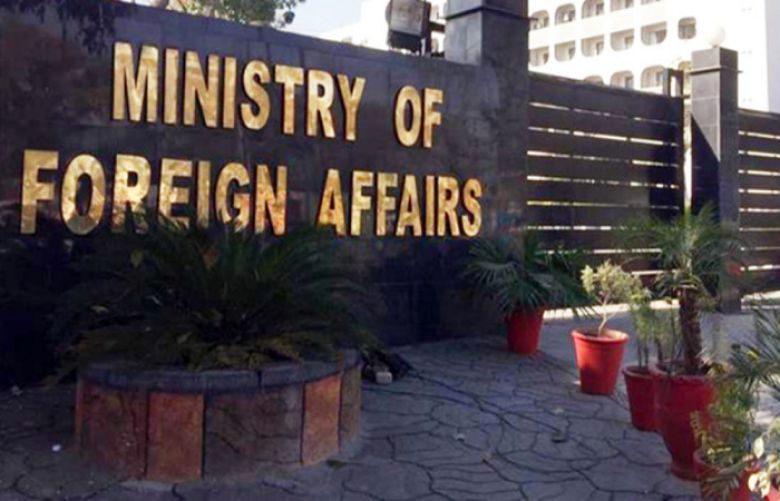 In a statement, the Foreign Office said that Narendra Modi’s farcical contention that he has, somehow, “resolved the Kashmir issue”, is not only false and misleading but also reflects how oblivious the Indian leadership has become to the ground realities.

It said Jammu and Kashmir was an internationally recognized dispute, the resolution of which has been on the agenda of the United Nations since 1948. “Despite clear UN resolutions that prescribe a free and impartial plebiscite for the final disposition of the dispute, India has not only illegally occupied the territory but is also guilty of egregious human rights violations employing over 900,000 brutal occupation force.”

The FO further said the fact remains that the people of IIOJ&K continue to brave India’s reprehensible occupation which it seeks to perpetuate through malicious demographic changes and strong-arm tactics.

“The craftily staged visits of the Indian leadership to the occupied territory and choreographed launches of so-called development projects in a bid to create a façade of normalcy will neither dampen the spirit of the Kashmiris nor would it deceive the world into believing India’s deception,” the statement added.

It added instead of making delusional statements about having resolved the dispute unilaterally, the Indian leadership must deliver on their commitments to the Kashmiris and to the world and ensure that the people of Kashmir are accorded their inalienable right to self-determination.

The Foreign Office further said that Pakistan has consistently called upon the international community to assume its role and responsibility with regards to IIOJ&K and the ongoing Indian atrocities in the occupied territory.

“India must also be held responsible for its nefarious scheme of altering the demography of IIOJK, as well as for its brutal repression of the innocent Kashmiris,” it added.

The FO noted that the only solution to the Jammu and Kashmir dispute lies in ensuring that the Kashmiris are allowed to exercise their right of self-determination through the democratic method of holding a UN-mandated free and impartial plebiscite as espoused in the relevant UNSC resolutions and as per the wishes of the Kashmiri people.