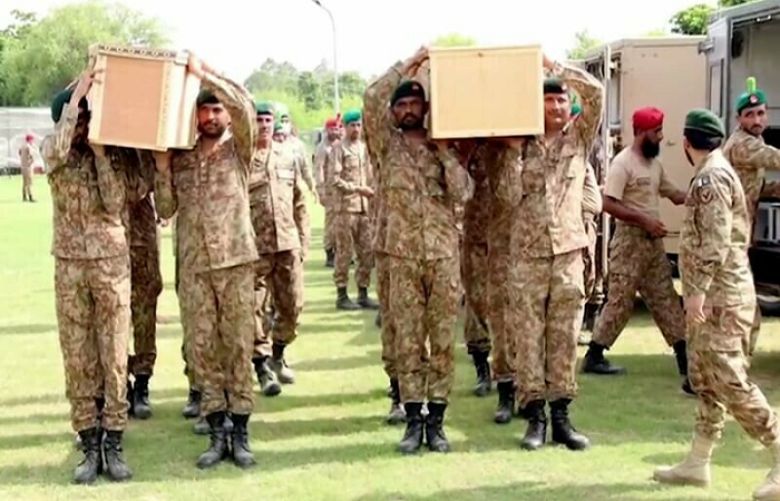 Nine Pakistan Army soldiers lost their lives and another four suffered injuries after their vehicle plunged into a nullah in Azad Jammu and Kashmir’s (AJK) Bagh district, according to a press release from the military’s media wing.

The Inter Services Public Relations (ISPR) said the incident happened in Bagh district’s Shujaabad while the soldiers were on routine military duty. It added that the injured were moved to Combined Military Hospital (CMH) Rawalpindi while funeral prayers for the martyrs were offered at Mangla garrison.

The ISPR said the bodies will be sent back to their hometowns and buried with “full military honours”.

“They met this tragic accident in the line of their duty in the most difficult and rough terrains a duty that makes us feel safe and secure in our homes. May Allah accept their martyrdom and grant speedy recovery to their injured colleagues. My condolences to the bereaved families and Pakistan Army,” he tweeted.