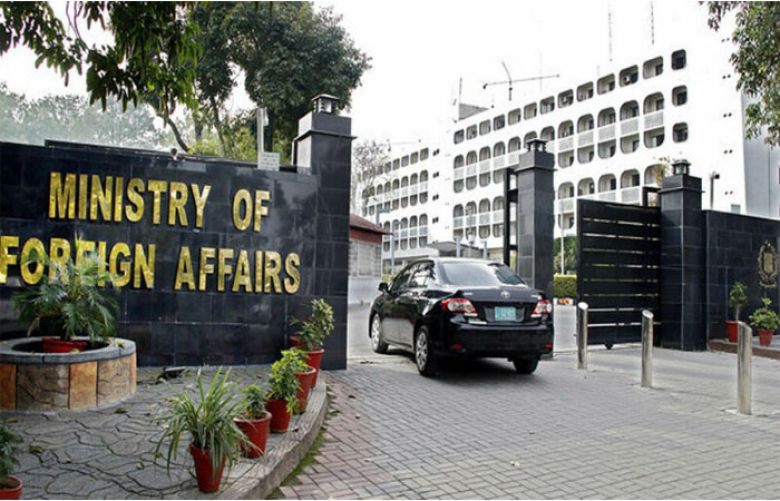 Pakistan strongly condemned on Wednesday the extrajudicial killing of four more Kashmiri youths and termed it a result of "continuing state terrorism by Indian occupational forces", a statement from the Foreign Office read.

The statement highlighted that since India’s illegal and unilateral actions of August 5, 2019, more than 636 Kashmiris have embraced martyrdom in fake encounters and so-called cordon-and-search operations. This year alone, 113 extrajudicial killings of Kashmiris have been recorded.

The FO further stated that the intensified military crackdown and rising numbers of extrajudicial killings in IIOJK were part of the extremist anti-Muslim designs of the Hindutva inspired BJP-RSS combine in India.

“Ironically, Kashmiri youth have been a specific target of the 900,000 strong Indian military occupation force stationed in the IIOJK,” said the FO.

The FO denounced the use of brutal force against Kashmiris and said, “extrajudicial killings, custodial torture and deaths, forced disappearances, incarceration of Kashmiri leadership an youth and other methods of subjugation have failed in the past and will not succeed in the future.”

It also highlighted that through a dossier unveiled last year, Pakistan provided the world "incontrovertible evidence of the gross and systemic oppression and human rights violations by the Indian occupation forces in the IIOJK".

The FO once again reiterated its stance on Kashmir regarding a call for investigation of extrajudicial killings by establishing an Independent Commission of Inquiry as recommended by the Office of the United Nations High Commissioner for Human Rights (OHCHR) in its Kashmir reports of 2018 and 2019.

“Pakistan also urges the international community to hold India responsible for its brazen suppression of innocent Kashmiris and play its due role in ensuring a just and peaceful resolution of the Jammu and Kashmir dispute in accordance with the relevant UN Security Council resolutions and the wishes of the Kashmiri people,” the statement read.