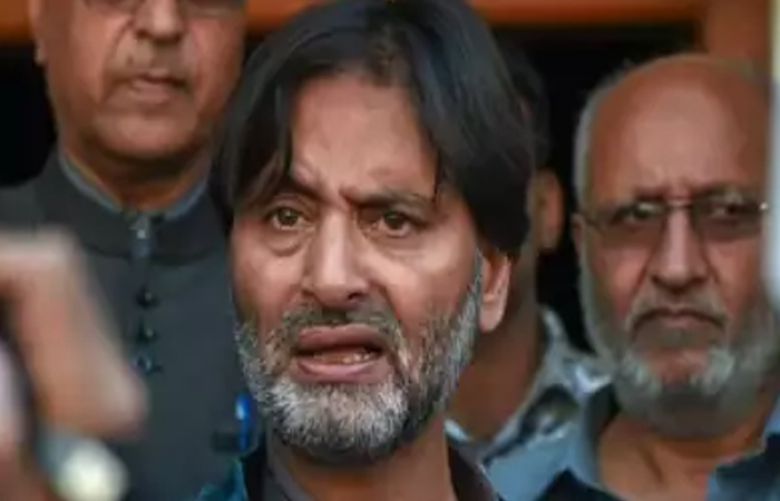 In the latest act of political vendetta against the Kashmiri Hurriyat leaders, a court of India’s notorious National Investigation Agency (NIA) officially convicted, today, the illegally detained Jammu and Kashmir Liberation Front Chairman, Muhammad Yasin Malik, in a false case registered against him.

According to Kashmir Media Service, Special Judge of NIA court, Praveen Singh, directed the authorities of the probing agency to assess Yasin Malik’s financial situation to determine the amount of fine to be imposed and posted the matter for arguments on quantum of sentence on May 25.

The JKLF Chairman had told the court earlier that he was not contesting the charges levelled against him under various sections of draconian law, Unlawful Activities Prevention Act (UAPA), and Indian Penal Code including waging war against India.

Narendra Modi-led fascist Indian government arrested thousands of Kashmiris including Hurriyat leaders and activists before and after its illegal move of repealing the special status of IIOJK on August 05, 2019 and lodged them in different jails of occupied Kashmir and India.

The Modi regime is victimizing them for opposing India’s illegal occupation of their homeland and demanding their UN recognized right to self-determination.