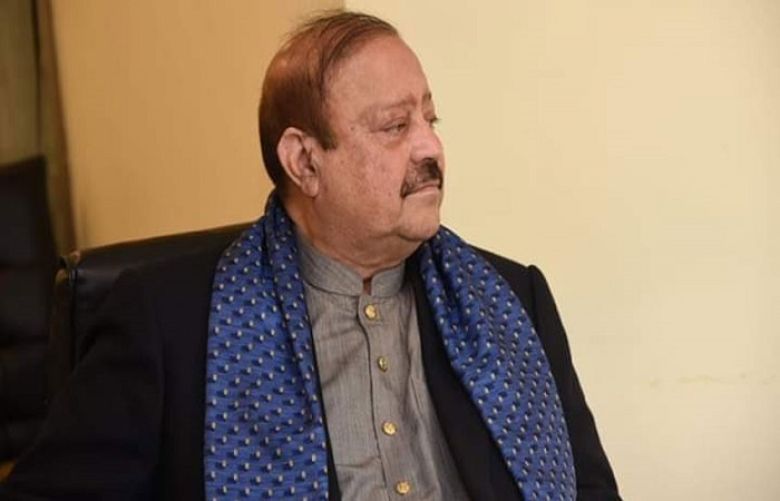 Azad Jammu and Kashmir (AJK) President Barrister Sultan Mahmood on Saturday summoned the Legislative Assembly session to meet at 10:30am on Monday (tomorrow) to conduct election for the new leader of the house.

The announcement was made by him “in the light of” an order of the AJK Supreme Court delivered earlier in the day, according to a press release from his office.

On Friday, while taking up a petition by the opposition leaders, the AJK High Court had restrained the assembly speaker and others from any proceedings regarding the election of the prime minister until Monday.

An appeal against the High Court order was heard by the Supreme Court on Saturday.

The apex court maintained that after resignation of Prime Minister Sardar Abdul Qayyum Niazi on April 14, the resolution for vote of no-confidence against him had automatically become infructuous and since the Assembly was not in session at the time of the resignation, the president had to summon a fresh session within 14 days to hold the election of the prime minister.

“We are conscious of the fact that the office of the Prime Minister cannot be kept vacant for an indefinite period and is presently working under a stopgap arrangement… Since both the parties are in agreement on holding this election according to the constitutional provisions, the law secretary and the principal secretary to the prime minister should immediately take measures to enable the president to summon the assembly session for the purpose of prime minister’s election,” the court held.

The court further held that the session that had begun on April 15 would be deemed to have been prorogued and, resultantly, the petition filed in the High Court had also become infructuous.

The order was announced at 1pm and the ruling Pakistan Tehreek-i-Insaf (PTI) legislators were hopeful that President Mahmood would summon the session by the [Saturday] evening to help the speaker initiate the process for election of the prime minister.

“Pakistan Tehreek-i-Insaf is implementing the order of the Supreme Court regarding the election of the new leader of the house in letter and in spirit. Hopefully, the president will summon the session in the evening [on Saturday]. The opposition will not get what it’s hoping for by using the delaying tactics,” was what senior PTI parliamentarian Khawaja Farooq Ahmed had tweeted after the apex court order.

However, the PTI legislators were unnerved for a while when they learnt that the president had summoned the session on Monday instead of Saturday evening or Sunday.