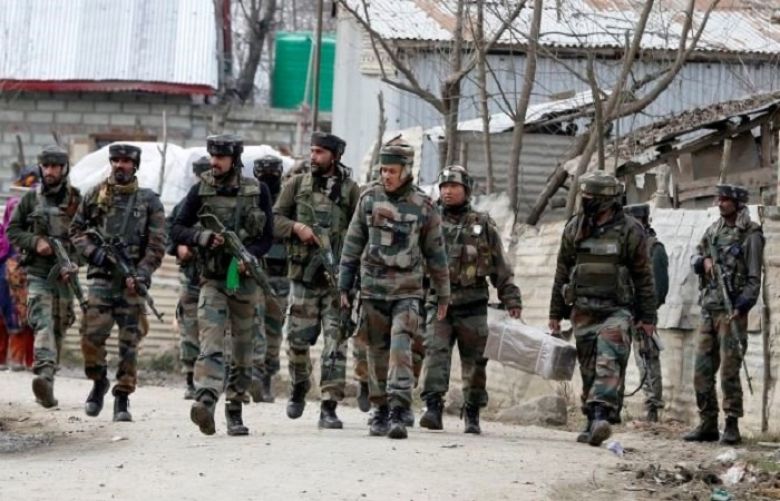 India has sent thousands of more paramilitary troops into occupied Kashmir, already one of the world´s most militarised zones, after a string of targeted killings by suspected rebels in recent weeks, officials said Wednesday.

New Delhi has for decades stationed at least 500,000 soldiers in the occupied Kashmir.
"Around 2,500 troops have arrived and they were deployed all over Kashmir valley," Abhiram Pankaj, a spokesman for the paramilitary Central Reserve Police Force (CRPF), told AFP.

More were on their way to the restive territory, he added.

Around 5,000 extra paramilitaries in all were being deployed from this week, including from India´s Border Security Force (BSF), according to a police officer speaking to AFP on the condition of anonymity.

Some of the troops are housed in civilian community halls that have been fortified with new sandbag bunkers, reminiscent of the early 1990s when an armed insurgency against Indian rule was at its peak.

That rebellion has significantly waned in the years since tens of thousands of people, mostly civilians, were killed in the conflict.

A dozen people have been gunned down since last month in what appeared to be targeted assassinations, including police, migrant workers from northern Indian states and local members of the Sikh and Hindu communities.

Some of those killed were accused by the Resistance Front, a local rebel group, of being in the employ of security forces.

Police and paramilitary troops in bulletproof gear and wielding automatic rifles have intensified frisk searches of residents, including children, on the streets.

Newly deployed troops are now visible around many new checkpoints set up in recent weeks across the main city of Srinagar.

Anger has simmered in the region since August 2019 when New Delhi revoked its partial autonomy and brought its section of Kashmir under direct rule.