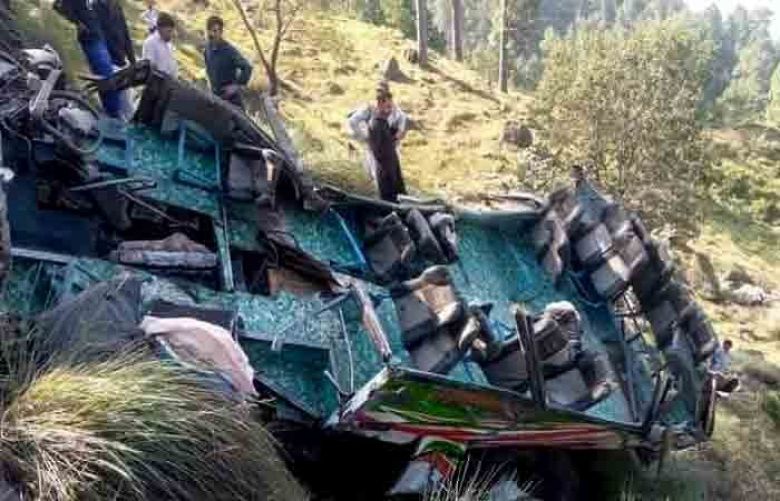 At least 23 people were killed and over nine injured when a passenger bus plunged into a ravine in Azad Jammu Kashmir’s Pallandri area, police said Wednesday.

More than 30 passengers were on board the ill-fated bus, which was on its way to Rawalpindi.

Earlier, the police had shared that only seven passengers died, but increased the death toll after a while.

The bodies and injured have been shifted to Tehsil Headquarters Hospital Baloch.