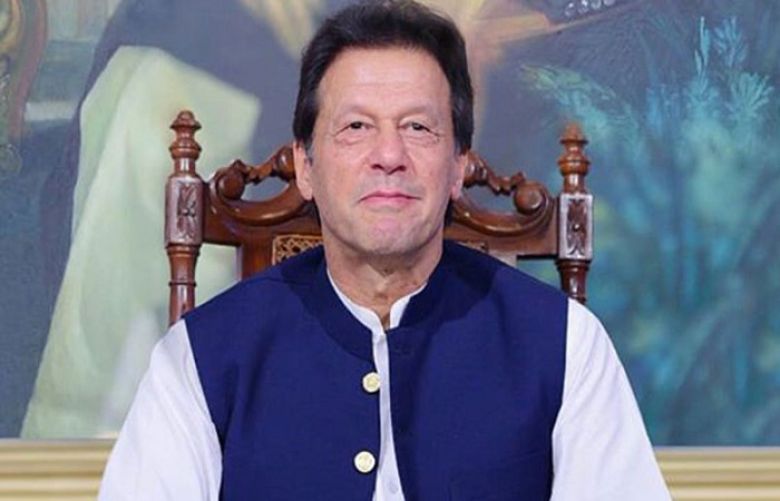 Reaffirming Pakistan’s continued support to Kashmiris in their just struggle for the right to self-determination, Prime Minister Imran Khan said that they stood shoulder to shoulder with their Kashmiri brethren.

In his message on the eve of Kashmir Black Day, PM Imran said, “I reassure my Kashmiri brothers and sisters that Pakistan will continue to provide all possible support and stand shoulder to shoulder with them till the realization of their legitimate and inalienable right to self-determination.”
Even after seven decades of brutal rule by Indian occupation forces, the will of the Kashmiris remains strong, said the PM.

He urged the international community to play its role in pressing India to stop forthwith its human rights violations in IOK, and let the Kashmiris decide their own future in accordance with the UNSC resolutions.

Referring to the Kashmir Black Day, the prime minister said it was also a day to commemorate the countless sacrifices Kashmiris had made and continue to make as they resist inhuman occupation and subjugation by India against their will.

“India's illegal occupation was meant to suppress the legitimate aspirations of the Kashmiri people to freely determine their future,” he added.

He said, "Today’s India is ruled by the RSS ideology whose extremist worldview has no place for Muslims or other minorities."

India, on August 5, 2019, took unilateral and illegal action and for the last 815 days, has put Kashmiris under military siege while resorting to a media blackout and other restrictions, he said.

The prime minister said fake encounters, rape and severe violations of human rights and extra judicial killings were among the unspeakable crimes against the Kashmiris.

Pakistan had raised the Jammu and Kashmir issue at every forum, including the UN, OIC and bilaterally with important world leaders and capitals, the prime minister added.

PM Imran said, “For the first time in 55 years, the Jammu and Kashmir dispute has been deliberated upon by the UN Security Council.”

"The dossier on India's human rights violations in the IOK that Pakistan unveiled last month should be an eye-opener for the world. It has irrefutable evidence of India's rogue behavior."

The UN Security Council had the responsibility to take steps to ensure the implementation of its resolutions, enabling the people of Jammu and Kashmir to realize their right to self-determination, said the prime minister.

The just and peaceful settlement of the Jammu and Kashmir dispute, in accordance with Security Council resolutions and the wishes of the Kashmiri people, is imperative for durable peace and stability in South Asia, the PM added.