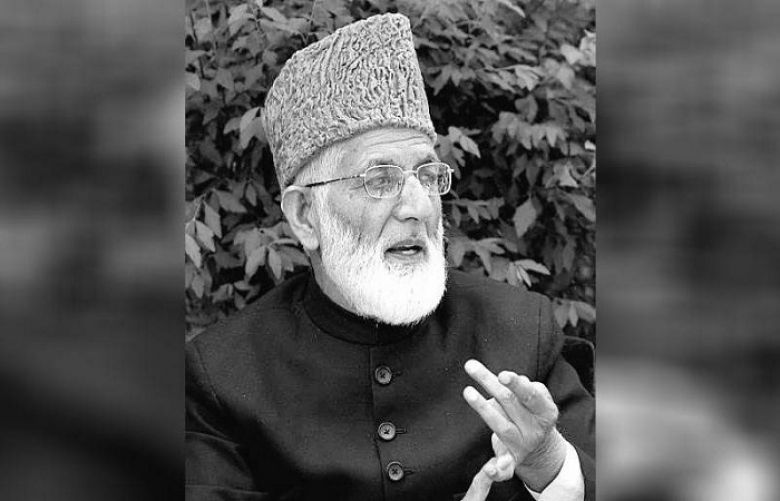 The icon of Kashmir Freedom Movement, Hurriyat leader Syed Ali Geelani has been laid to rest in the wee hours of Thursday amid a tight military siege at Haiderpora just meters away from his house.

While the Hurriyat leader had himself expressed his wish for burial at Martyrs Graveyard in Srinagar, and so his family insisted on it, the occupation forces not only restricted the proper burial rites but also scaled up curfew restrictions as the whole area was cordoned off.

The brute Indian authorities did not allow Kashmiri people to attend his funeral fearing agitation amongst the occupied masses.
Only the bereaved family members and some close relatives were allowed to participate in the funeral prayers and to have a last glimpse of the martyred leader, reported Kashmir Media Service.

Indian army had laid restrictions all across the occupied valley to prevent mammoth gathering on the funeral of veteran resistance figure.