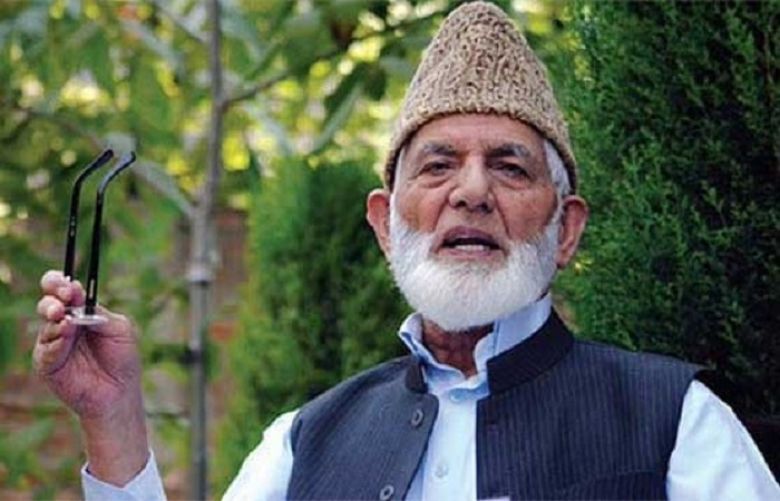 A symbol of the Kashmiri freedom movement, and former chairman of All Parties Hurriyat Confe­rence (APHC), Syed Ali Shah Geelani passed away on Wednesday in the Indian-occupied Kashmir city of Srinagar.

According to Kashmir Media Service, the veteran Kashmiri leader was 92.

Geelani had been under house arrest for many years, KMS added.

Syed Ali Geelani was born on September 29, 1929 in a village on the banks of Wular lake in Sopore area of Kashmir's Baramulla district, according to Anadolu Agency.

He remained a staunch opponent of India's illegal occupation of Jammu and Kashmir and lead the Kashmiris’ struggle for their right to self-determination.

Geelani was previously a member of Jamaat-e-Islami Jammu and Kashmir but later on founded his own party by the name of Tehreek-e-Hurriyat.

He also served as the Chairman of All Parties Hurriyat Conference, a forum of freedom parties in Jammu and Kashmir.

The veteran leader was a member of the Kashmir Assembly from the Sopore constituency of Jammu and Kashmir three times — 1972, 1977 and 1987.