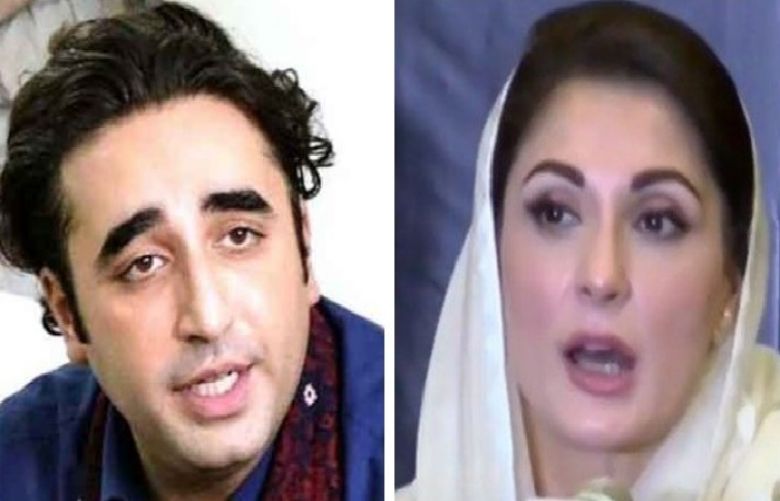 Maryam praised the party workers for "putting up a good fight" despite "violence and rigging by PTI" in the Kashmir elections held Sunday.

According to unofficial results, the PPP has emerged as the largest Opposition party in the AJK Legislative Assembly with 11 seats while PML-N bagged six and two other parties got one each. The PTI won 25 out of 45 seats.
Taking to Twitter, Bilawal Bhutto claimed the election commission had failed to take action against the PTI for violating electoral rules.

"Despite this, PPP emerged as the largest opposition party in AJK with 11 seats, up from 3 seats last time. incredibly proud of PPPAJK for putting up a good fight," the PPP leader tweeted while sharing the list of the party's winning candidates.

Meanwhile, PML-N Vice President Maryam Nawaz tweeted that she has not accepted the results and will never accept them. "I did not accept the 2018 results either or acknowledge this fake government," she added.

She lauded the party workers and voters.