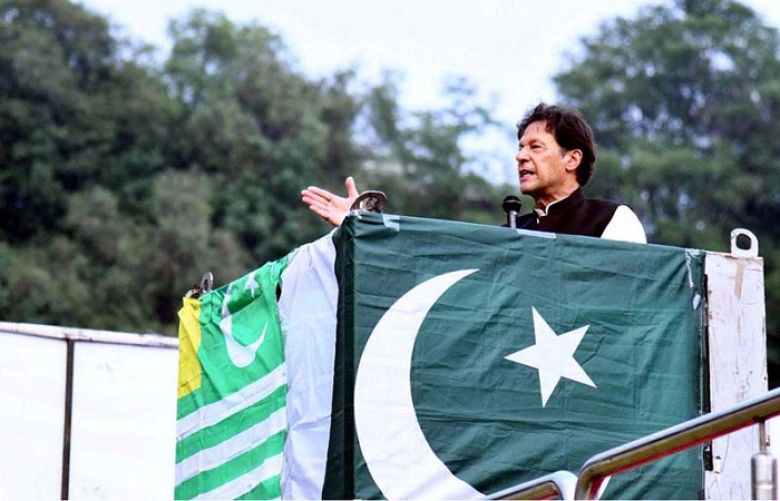 Pakistan Tehreek-e-Insaf (PTI) has emerged as the most popular party in Azad Jammu and Kashmir (AJK) and is likely to win the upcoming election in the region schedule on July 25, according to a survey conducted by Gallup Pakistan.

The Gallup Pakistan survey put PTI ahead of the Pakistan Muslim League-Nawaz (PML-N), while the Pakistan Peoples Party (PPP) has been placed at the third position.

According to a survey of Gallup Pakistan, 44 per cent in AJK think that PTI will win the election tomorrow (Sunday) while PML-N has 12 per cent and PPP 9 per cent popularity.

Both PML-N and PPP have collective 21 per cent popularity as compared to 44 per cent of PTI.

According to the survey, Prime Minister Imran Khan appeared as the most trusted political leader in the survey with a 67 per cent positive rating, Bilawal Bhutto with 49 per cent followed by Shahbaz Sharif with 48 per cent.

Moreover, mostly Kashmiri people were of the view that polls in Azad Jammu and Kashmir would be free and fair.

Over 3.2 million voters will exercise their right to vote to elect members of Azad Kashmir Legislative Assembly for a five-year term.

A total of 32 political parties are contesting the elections and hundreds of independent candidates are also vying in all the 45 electoral constituencies including 33 in AJK districts and 12 meant of Jammu and Kashmir refugees settled in various parts of Pakistan.

Five seats are reserved for women and three are meant for the technocrats, one each reserved for overseas Kashmiris and Ulema/Mashaikh and professionals.