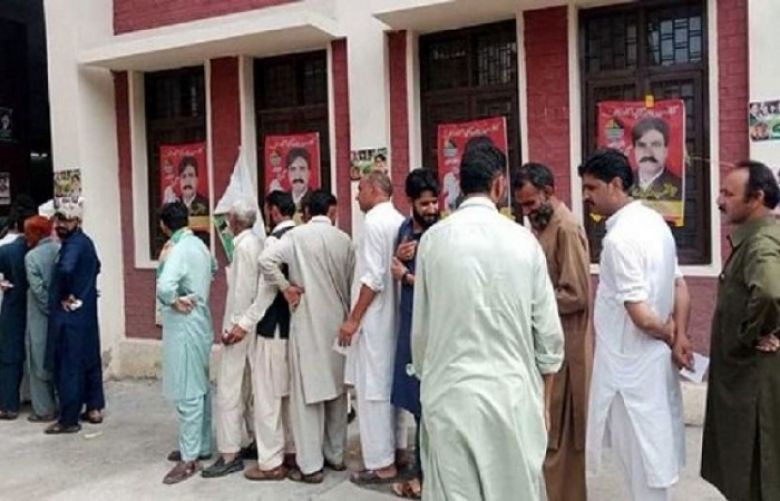 As per details, the firing incident was reported in Charhoi area in which a PTI local leader named Muhammad Zaheer lost his life, while another identified as Ramzan sustained bullet injuries.

In a separate incident, a PTI worker got injured after being attacked with sticks. The injured and body were moved to a nearby medical facility.

The vehicle of the PPP candidate, contesting the polls was damaged in the firing incident. Senator Taj Haider of the Pakistan People’s Party has registered the complaint with the Election Commission of AJK.

On Saturday, a clash reportedly broke out between workers of the Pakistan People’s Party (PPP) and Pakistan Tehreek-e-Insaf (PTI) ahead of polls in the AJK.

According to police, a clash was reported between workers of two political parties in the Khaliqabad area of Mirpur district of Azad Jammu and Kashmir (AJK).

Four people including PPP and PTI workers were injured as a result of the clash, said police.