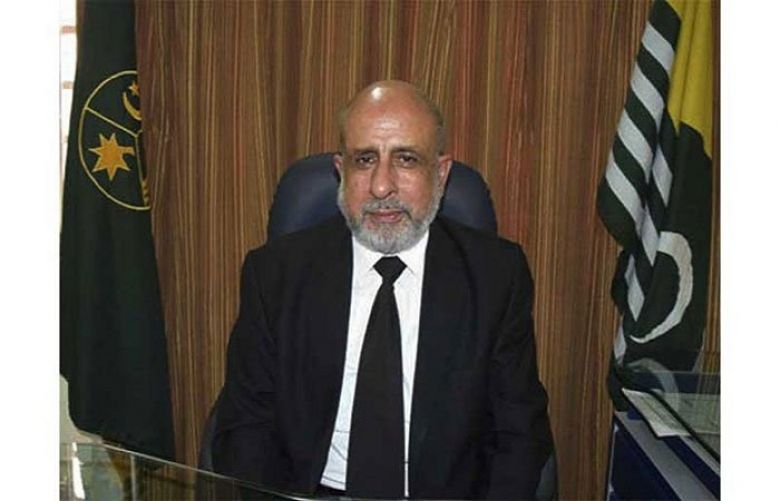 Talking to the media, the CEC said that the incumbent government of Pakistan Tehreek-e-Insaf (PTI) has provided every kind of support for arranging the polls.

He urged the people of Kashmir to use their right to vote. Mr. Rashid hoped that turnout to remain more than 56 per cent in today’s elections.

Replying to a question, Justice (r) Abdul Rashid further said that action against Federal Minister for Kashmir Affairs and Gilgit-Baltistan Ali Amin Gandapur is being taken. “We have the powers and will continue to exercise them.”

On the other hand, polling for the Azad Jammu and Kashmir Legislative Assembly is underway.
According to the Election Commission, 5129 polling stations have been established for 3.2 million registered voters out of which 826 have been declared most sensitive and 1209 as sensitive deploying additional forces.

According to data, 701 candidates are contesting for 45 general seats including 12 refugee seats in Pakistan. A tough contest is being expected between three main political parties Pakistan Tehreek-e- Insaaf (PTI), Pakistan Muslim League Nawaz (PMLN) and Pakistan Peoples Party (PPP) while on 7 seats regional parties Muslim Conference (MC) and Jammu Kashmir peoples party (JK-PP)’s candidates are in a tough contest against candidates of major political parties, on 6 MC and on one JKPP.