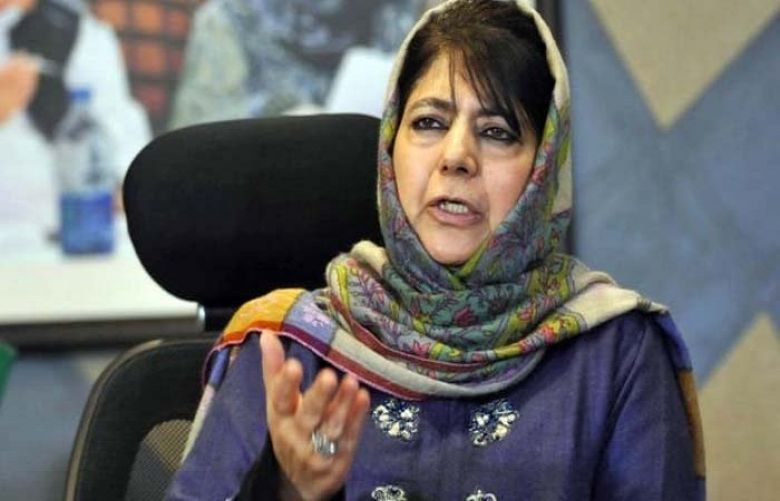 Former chief minister of illegally occupied Indian Jammu and Kashmir, Mehbooba Mufti has been released after being illegally detained for over a year by authorities.

A tweet by her daughter, thanking supporters for standing by the Kashmiri politician, revealed that Mufti had been released from detention.

"As Ms Mufti's illegal detention finally comes to an end, I'd like to thank everybody who supported me in these tough times," tweeted her daughter from her mother's Twitter account.

As Ms Mufti’s illegal detention finally comes to an end, Id like to thank everybody who supported me in these tough times. I owe a debt of gratitude to you all. This is Iltija signing off. فی امان اﷲ May allah protect you

Mufti was detained by Indian forces by a controversial law that enables the government to arrest without charge any individual for up to two years.

She was placed under house arrest on August 5 when India controversially decided to end occupied Kashmir's special status by revoking Article 370 of the Indian constitution.

Her daughter had filed a petition in the Indian Supreme Court, challenging Mufti's illegal detention.

Pakistan has vehemently criticised the Indian government's move to detain thousands of activists, businessmen, political workers and protesters after the August 5 move.

The special autonomy granted to occupied Kashmir allowed it to make its own laws on permanent residency, property ownership and other laws.

In an audio message, Mufti can be heard saying, "What they took away from us, we have to take it back".

"None of us can forget the insult and humiliation we faced on that day. And now we all have to remember what the federal government did on 5 August - illegally and undemocratically. What they took away from us, we have to take it back," she said in an audio message on Twitter.

Omar Abdullah and Farooq Abdullah, two former chief ministers of occupied Kashmir, were also detained by the Indian government. However, they were released earlier this year in March but thousands of Kashmiris continue to languish in jails.