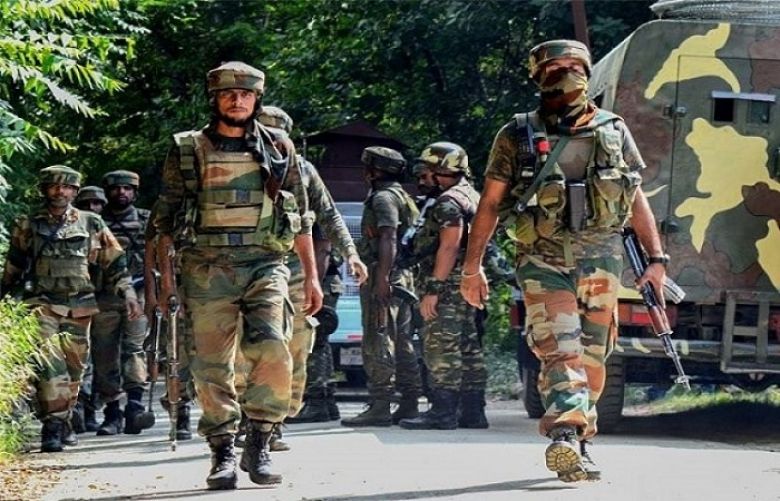 Indian troops in their fresh act of state terrorism martyred two youth during a search and cordon-off operation in Shopian district Indian occupied Kashmir on Wednesday.

According to the Kashmir Media Service (KMS), the troops also continued their cordon and search operations in several other areas of the territory.

The Indian occupation forces continued its acts of state-terrorism in illegally occupied Jammu and Kashmir and martyred 18 Kashmiris including one in custody during the last month of September.
The killings rendered two women widowed and four children orphaned by the brutal action of the Indian troops, according to a report issued by the Kashmir Media Service (KMS).

During the period, at least 16 persons were injured due to the use of brute force including the firing of bullets, pellets and teargas shells by Indian troops and police personnel on peaceful protesters in the territory.

Indian police and paramilitary personnel arrested 88 people and destroyed or damaged 14 residential houses and structures during 567 cordons and search operations in different areas of the occupied Kashmir during September.