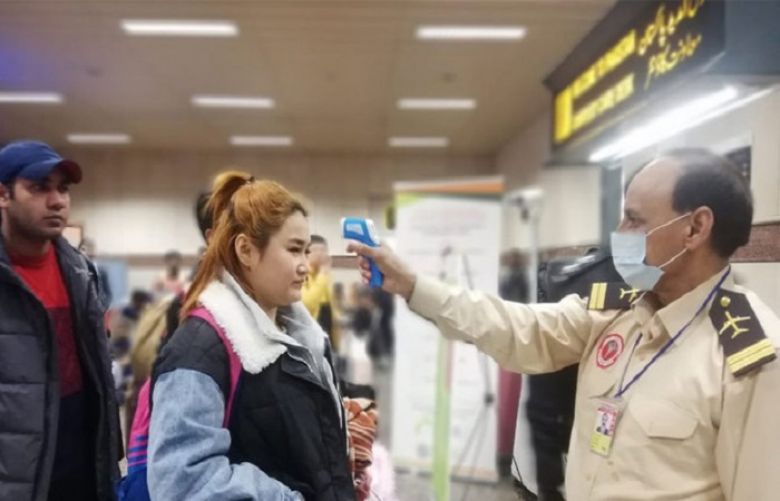 Gigit Baltistan reported its second coronavirus case on Wednesday, a spokesperson for GB government, Faizullah Firaq, said. According to the spokesperson, the patient, a 14-year-old hails from Skardu is under treatment at City Hospital in Skardu.

On Tuesday, two cases of the coronavirus had emerged from Sindh, confirmed the provincial health department. The first one emerged from Hyderabad. The patient reportedly came to Pakistan from Doha via Syria. The second case of the novel coronavirus on Tuesday emerged from Karachi.

The spokesman said that in wake of the situation, 130 isolation wards have been established in Gilgit-Baltistan. Firaq said seven rooms have been reserved to treat coronavirus patients at the Skardu hospital.

He added samples have been taken from eight suspected patients and sent to Islamabad for confirmation. Earlier today, a three-member team of the National Institute of Health (NIH) reached Skardu, where they met with the Gilgit Baltistan secretary.

The meeting discussed the precautionary measures that can be taken to combat the coronavirus. The GB spokesman said that the NIH experts will train local health officials.

The first confirmed case in GB was of a 45-year-old woman, who arrived from Iran a few days ago, the NIH officials said on March 3. An official of the health department said the woman was being treated at a hospital and her family members were being tested for the virus.