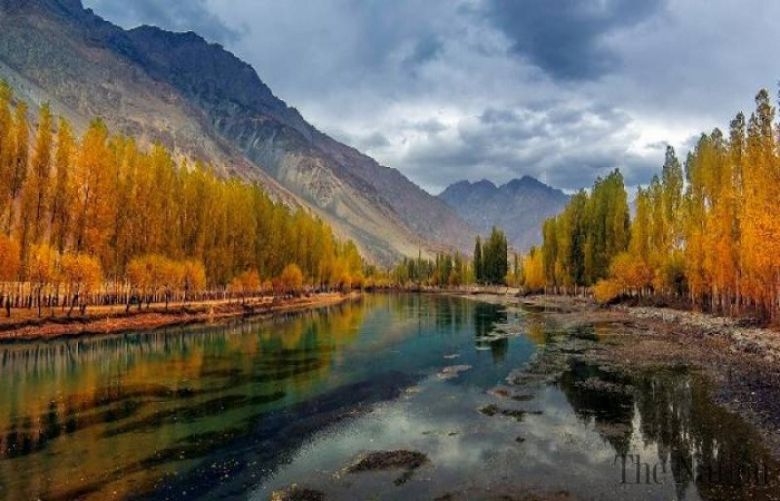 Ghizer is a land blessed with snow-capped mountains, home to diverse flora and fauna, and features stunning valleys and crystal blue lakes. Beautiful landscapes, fascinating waterfall, lush green lands and fresh and hygienic climate makes this area a favourite destination for tourists from across the world. The elements which compel any foreigner to visit any area are its natural beauty, historical places, safety and security, and suitable residence. The simple, diligent and industrious people of this area are famous for bravery. So, people of this area always ensure the safety of tourists.

People of Ghizer are inheritors of glorious culture and devotees of a great tradition. The civilisation of this area is such that it has inspired many people to add it to their respective civilisations. The people of this area are caring, generous, helping, and loving, especially they are well-known for their hospitality. Once people visit this area, they want to come again and again because of the nature of the people. The most attractive aspect of this culture is language. There so many languages spoken by the native people but the most prominent languages are four namely Shina, Khowar, Wakhi, and Brushaski. These all languages have very sweet tone and the words are very affectionate.

Similarly, Ghizer District is an area which has some of the wonderful areas in it which are yet to be discovered as tourist points. This district has got four tehsils, namely Ishkoman, Punial, Gupis and Yaseen. All of the tehsils have further valleys with breathtaking views.

Waqar Ahmad, a fresh graduate of Lahore University of Management Sciences and a resident of Chatorkhand village situated in Tehsil Ishkoman and District Ghizer of Gilgit-Baltistan, has a dream of a world tour. He decided to start his journey from his own beloved hometown Ghizer.

While sharing his experience, Waqar said that he decided to initiate his voyage from his own district because he was aware of some of the stunning areas which could be the tourist points but were yet to be discovered. He mentioned that his first adventure was Birgal Valley located in Tehsil Punial of District Ghizer. Birgal Valley is the end of Tehsil Punial and start of Tehsil Ishkoman. According to Google Map readings, this valley is located within the latitude and longitude of 36°16'17.01 North and 73°56’52.67 East.

He said that the valley had stunning views of different areas, as it had lush green grounds, fantastic lakes, trees of different fruits such as cherry, apple, pomegranate, walnut, and pear. The land of this area is cultivable and the residents cultivate crops such as wheat, corn, cereals, and vegetables, he added.

Waqar said that the most mesmerising elements of this valley were the lakes. He said that there were two lakes namely “Chuchu Chat,” which means dry lake and “Shukargah Lake.” The exceptionality of the lakes was that they were situated in such areas of the region where it could be reached by foot only because there was no road for any kind of transport, so after a walk of five to six hours he reached his destination, Waqar added.

He said that the dry lake (Chuchu Chat) had an interesting story. It is known as dry lake because it is a seasonal lake and remains dry throughout the year except June till September. He also said that the lake has underground connections with other lakes.

Moreover, Waqar said that while travelling to the lakes he came across some small rivers on his way and this was the plus point which never let his spirit down.

He further said that next to the dry lake, Shukargah Lake was located. This was the most gorgeous area he had reached after a walk of five to six hours. He said that this area has never been visited by other tourists or the number was negligible because the tourists might be ignorant from this stunning area. While sharing the natural beauty of the lake, Waqar said that it would be justice with the area if he called it heaven on earth. He added that a large area covered with blue shiny water, marvellous green land, and small huts made of wood were showing the blessings of Allah. He said that these heart touching areas were a sort of relief.

Waqar said that according to the residents of the area this lake was habitat to trout fish. As the lake was located between tremendous mountains it may also produce some useful herbs. Furthermore, he said that Shukargah Lake could be appealing and exciting for tourists because this one tour offered hiking, trekking, hunting, swimming and much more. These areas are made by the Creator to be visited, he added.

Waqar recommended that if these beautiful areas are known to tourists and toured by them, this could boost up the economy of the country at large. Therefore, it highly needs the attention of government. He said that a resort can be constructed here and tourists from across the world would love to visit the area.

The writer is a student at FJWU.