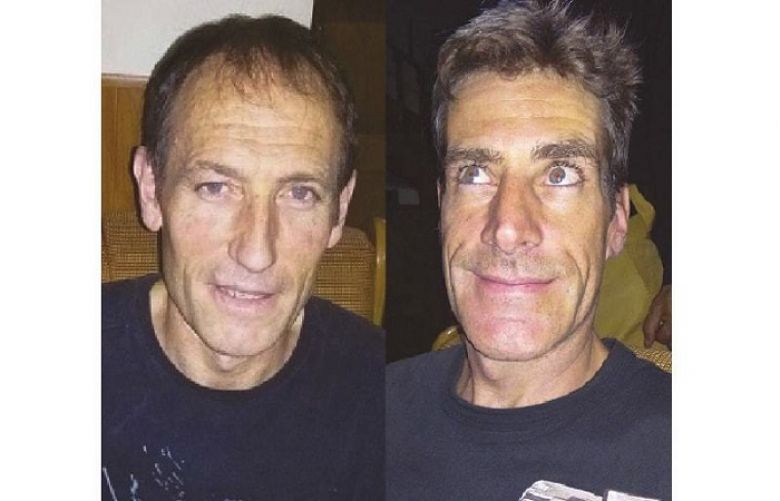 Two climbers missing on a treacherous peak in northern Pakistan known as “Killer Mountain” are now presumed dead and the rescue operation has been called off, officials said Saturday.

The two climbers, Alberto Zerain, a Spanish alpinist, and Mariano Galvan, an Argentinian national, went missing while attempting to summit the 8,125 meter peak, Nanga Parbat. “The search and rescue operation for the two missing alpinists has been called off as a rescue team failed to locate them this morning,” Muhammad Iqbal, owner of Summit Karakorum, the tour operating company that had arranged the climb told AFP.

“A rescue helicopter hovered around the mountain this morning and the team failed to spot any signs of life,” he said. Karrar Haidri, spokesman of the Alpine Club of Pakistan, confirmed that the search and rescue operation had been called off and that the alpinists were presumed dead.

A total of 14 foreign climbers were attempting to summit Nanga Parbat this year when bad weather forced them to return to base camp last week. The two missing climbers left base camp on June 19 but were holed up in their tent for three days at an altitude of 6,100 metres [20,000 feet] due to bad weather. They tried to summit again but lost contact with fellow climbers last Friday.

The “Killer Mountain” Nanga Parbat earned its grisly nickname after more than 30 climbers died trying to conquer it before the first successful summit in 1953. In 2013, gunmen shot dead 10 foreign climbers and their Pakistani guide at the Nanga Parbat base camp.
Northern Pakistan is a magnet for mountaineers and is home to some of the tallest mountains in the world, including K2 – at 8,611 metres, the world’s second highest peak, but often deemed a more challenging climb than the highest, Mount Everest.

Nestled between the western end of the Himalayas, the Hindu Kush mountains and the Karakoram range, the Gilgit-Baltistan region houses 18 of the world’s 50 highest peaks. It is also home to three of the world’s seven longest glaciers outside the polar regions. Hundreds of its mountains have never been climbed.